See all Program Directors listed by school and program name. 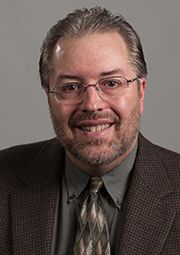 Dr. Nutter previously taught at Marshall University where he received his master’s degree. He met his wife Laurie, a former LU professor for 30 years, at Tennessee Temple University where they both received their undergraduate degrees in English in the early 1980s.

As the Liberty Quiz Bowl coach, he has led his team to 11 Big South Conference championships in 13 years, with his team also finishing 14th in the nation in 2015. In recent years, his Liberty teams have defeated schools such as Princeton, UPenn, Johns Hopkins, William & Mary, UVa, Duke, Ohio State, Michigan, North Carolina, South Carolina, Maryland, Kentucky, Alabama, and Auburn.

Away from campus, Dr. Nutter is very active at Gospel Community Church Rivermont, serving as a Sunday school teacher, cook for Men’s Ministry breakfasts, and barista for the church’s coffee bar. When not in the LU classroom or at his church, he enjoys pop-up camping, trout fishing, driving his Jeep, attending LU sporting events (football, basketball, baseball & softball), and watching Orioles baseball. 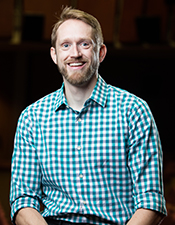 Professor Nelson holds an M.F.A. in Acting from Regent University. While in the LU classroom, he teaches Acting I, Acting II, Drama in the Church, Introduction to Motion Picture Directing, and Acting for Film and HONR 495 Senior Honors Thesis. If you plan to produce a creative project for your Honors thesis, he will oversee it.

Professor Nelson’s recent directing credits include Little Women, Charley’s Aunt, and Everyman. He has received Kennedy Center American College Theatre Merit Awards for excellence in directing for Little Shop of Horrors, Ragtime, The Man Who Came To Dinner, and Everyman. 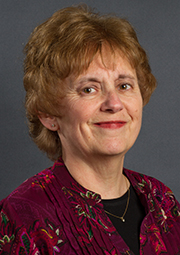 Dr. Marilyn Gadomski teaches Child Psychology and Foundations of Learning, along with advising psychology interns in residence and online programs.

She earned her Ph.D. in Child Development from Virginia Tech and Master’s degrees in Early Childhood Education and Educational Administration from the West Virginia College of Graduate Studies.

Her priorities are established in the order of serving God, her family, and the students; this focus allows mental energy for each without sacrificing the others. Activities outside of Liberty center around TRBC and music, her husband Geary, time with their children’s families and the grandchildren, and mentoring with students and friends.

Life is good when it can be shared. 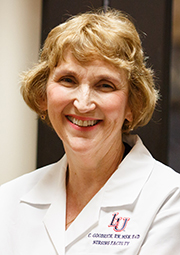 Dr. Goodrich was saved at the age of 23. She is a member of Thomas Road Baptist Church which was started by Dr. Jerry Falwell and feels blessed to be able to attend such a wonderful church. Dr. Goodrich has been a registered nurse for over 40 years. She initially graduated from a diploma program in Poughkeepsie, New York, completed a BSN at Russell Sage College in Troy, New York, earned a MSN at the University of Virginia, Charlottesville, Virginia, a certificate in gerontology (postgraduate’s) at Lynchburg College, Lynchburg, Virginia, and a doctorate in education from the University of Sarasota, Sarasota, Florida. She has worked in various nursing roles including staff nurse, nurse manager, nurse educator, clinical nurse specialist, Magnet™ Program Director, and Research Coordinator.

Dr. Goodrich has taught med-surg, pharmacology, community health, undergraduate research and one of her favorites, pain management. She is currently certified as a Certified Nurse Educator (CNE) through the National League for Nurses. Her areas of research interest include pain management, leadership, and education topics. She enjoys exercising (especially aqua aerobics) and cooking. 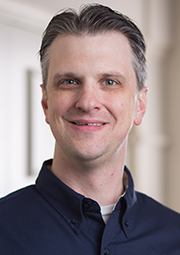 Dr. Schweitzer teaches a variety of general education math courses residentially and online, as well as upper-level math courses in probability and statistics. A graduate of Liberty’s Honors program (1999), he considers his honors work to have been a helpful first step in his academic career.

Subsequent to his graduation from LU, he spent a brief time in industry working as both an actuarial analyst and a software engineer. Realizing that teaching was his true calling, he soon returned to school and earned his Ph.D. in Industrial Engineering from Lehigh University four years later. Prior to returning to Liberty, Dr. Schweitzer held full-time faculty positions along with administrative titles at in the University of Arkansas system and the University of Central Florida.

He and his wife have three children, to whom he is currently teaching piano. Over the years, Dr. Schweitzer has played both keyboards and drums for his church’s worship team. He thoroughly enjoys playing games with his family, though he may take them a bit too seriously at times. 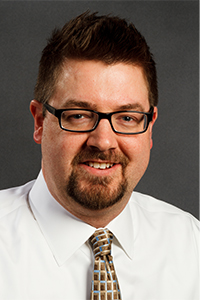 Stephen Bell is an Associate Professor of English at Liberty University. He earned his bachelor’s degree in English from Wheaton College, his master’s degree in English from the University of Virginia, and his Ph.D. in Literature and Criticism from Indiana University of Pennsylvania. He served as an officer in the Army for four years after college and taught literature at Azusa Pacific University for five years before coming to Liberty, where he splits his time between the College of General Studies and the Department of English.

His research and teaching interests include World Literature, Theory (particularly Postcolonial and Postmodern), Film Studies, and Classics of the Western canon.  His dissertation, “‘The Past is a Country from which we have all Emigrated’: Salman Rushdie’s Postcolonial and Postmodern Embrace of Memory,” a study of the ways that memory and identity intersect in the works of the contemporary novelist, won the 2014 Outstanding Graduate Student Research Award at Indiana University of Pennsylvania. 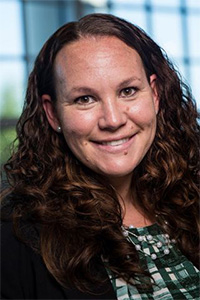 Dr. Emily Knowles serves as an online chair at Liberty University and is the program director for the MS Marketing program. She began her career in business and has specialized in this area with a focus on marketing. She has been teaching college-level courses since 2011. In addition to her academic role at Liberty, she served as the Coordinator of Academic Operations for Undergraduate Programs from 2011-2013, where she assisted with the oversight of the university’s budget and procurement, faculty hiring and evaluation, and new administrative initiatives. Today, Emily enjoys mentoring undergraduate, graduate, and doctoral students in research and marketing. 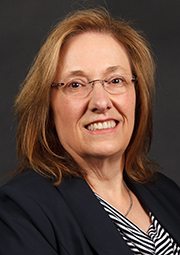 Mrs. Laura Kline is the Honors Program Office Manager and is well-loved by the Honors students she serves every day. She has worked in the federal government, churches, and Christian schools and colleges. Most recently, she worked at the SBC of Virginia in Richmond before relocating to Lynchburg in 2010.

Laura enjoys reading, shopping, and watching anything on HGTV. She is a native of Washington, D.C. and has lived in Maryland and New York as well as Virginia.

Stop by the Honors office to say hello!