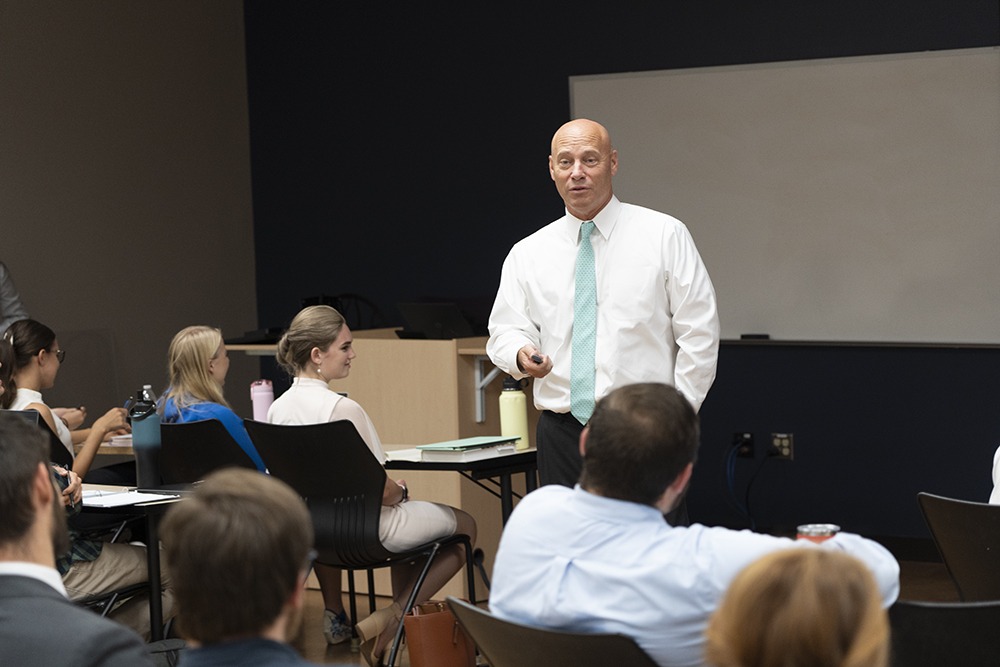 “I love my time down here,” said Short, who served as Mike Pence’s Chief of Staff from 2018-21 and regularly visits Liberty. “It is such a blessing to me to be around kids with such great faith. As a dad of two college students and one high school student, it’s just heartwarming to be here.”

Last week’s visit was the second time this year that Short has lectured in government classes. He previously visited Liberty in February. Both visits were facilitated by the Helms School of Government.

“It’s just different being here,” Short said. “It’s different being in a school environment where kids are so joyful and grounded in their faith. I think we’ve had a lot of really good conversations after class.”