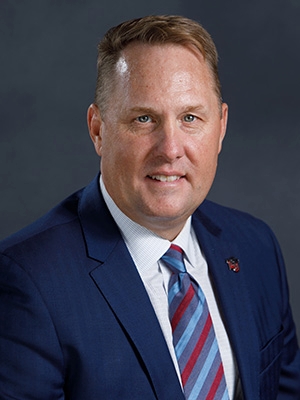 It did not take long for Freeze to live up to this lofty standard as Freeze led the Flames to their first-ever bowl game appearance and victory during his inaugural season at the helm of the program.

The Flames capped their first season under Freeze with a 23-16 victory over Sun Belt Conference member Georgia Southern in the 2019 FBC Mortgage Cure Bowl on Dec. 21 at Exploria Stadium in Orlando, Fla.

Freeze's renowned high-powered offense allowed two of the program's best offensive standouts to cement their names in Liberty's record books with numbers that may last for quite some time.

Wide receiver Antonio Gandy-Golden finished his career as the program's all-time career leader in receiving yards (3,814), receptions (240) and touchdowns. Gandy-Golden was a semifinalist for the 2019 Biletnikoff Award and was named to the Phil Steele All-America team.

When hired at Liberty on Dec. 7, 2018, Freeze brought over 25 years of continued coaching success, including head coaching experience that has led to conference titles, nationally ranked recruiting classes and bowl appearances at multiple stops during his highly decorated career.

Prior to his current coaching position at Liberty, the native of Oxford, Miss., returned to his hometown school and led it back to championship form during his five seasons as head coach at Ole Miss (2012-16).

Arkansas State (2011)
1 – First 10-win season in the Arkansas State's time as an FBS program
3 – Number of times a team has finished a season undefeated in conference play in the Sun Belt Conference, including Freeze's 8-0 mark in 2011
9 – Consecutive wins during the Red Wolves 10-3 season
13 – Players who earned All-Sun Belt Conference honors, including both the league's Offensive Player of the Year and Defensive Player of the Year