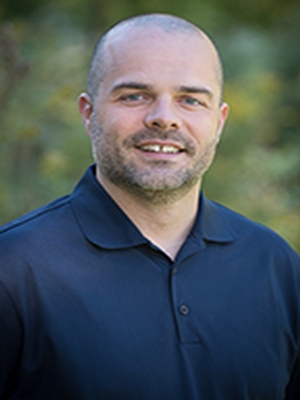 Mental Health Counselor to the Division I Athletes at Liberty University

Neil began his work at Liberty at the end of the fall semester in 2018.  Making the move from his hometown of Dover, New Hampshire, where he has lived much of his life, he came to Liberty as the Counselor to the Division I Athletes.

Neil graduated from the University of New Hampshire in 1997 with his BS in Family Studies.  He completed his Masters in Counseling from Gordon-Conwell Theological Seminary (2004) where he has been teaching family therapy since Spring of 2018.  He holds his license in the states of New Hampshire, Vermont, and Virginia.   He has worked and practiced in NH and Vermont from 2008-2018, before moving to Lynchburg, Virginia to work as the mental health counselor to division one athletes.

Neil is currently a PhD Candidate in Marriage and Family Therapy at Antioch University New England in Keene, NH and is expecting to graduate by May 2020.  During his time as a PhD student, Neil has cultivated a variety of professional interests.  He is currently writing a dissertation focused on family inclusion in wilderness therapy.  He has participated in research projects, studied long hours on the topic of wilderness therapy and presented at numerous regional and national conferences.  He has also obtained his AAMFT Approved Supervisor status and has supervised master's level clinicians toward licensure.  During this time, he has been the clinical director for a women's sexual health and pregnancy help center, served on the board of directors for a local soup kitchen and food pantry, wrote several grants, been the chair for the board of a men's sober living house, and been director of social services for an adoption agency.  He has also completed advanced training in couples and family therapy modalities.

In addition to teaching, supervision, and research, Neil has a wide range of experiences working with clients in various settings.  Much of his work has been with teens or young adults and their families in residential therapeutic environments.  Most recently, Neil has worked for a wilderness therapy program and before that at a therapeutic boarding school.  He also has extensive experience doing couples and family therapy in private practice.

Neil has coached swimming for over 20 years, taught swim lessons, worked as a lifeguard, and swam competitively.  In recent years he has been staying fit by training for marathons, half marathons and various other road races and triathlons.  He has also taken on what quickly became his favorite leisure sport—surfing.

During his free time, Neil has enjoyed several volunteer positions at his church and spending time with this family.  He is a proud parent to two step-children and he and his wife adopted a son from Ethiopia.  As newly empty-nesters, he and his wife are enjoying their professional and personal pursuits based in the Lynchburg area.