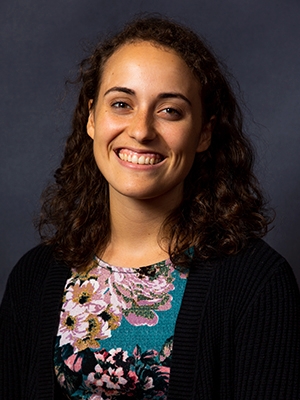 Grace Mangino took over as the Lady Flames' office administrator in February 2017. In this role, she is responsible for a number of duties, including the team's budget, intercampus relations and Coach Green's daily schedule.

Mangino has gained a wide array of experience during her time at Liberty, filling in as the Liberty men's basketball office administrator during the fall of 2016 and then serving as executive administration assistant for the director of athletics during the winter.