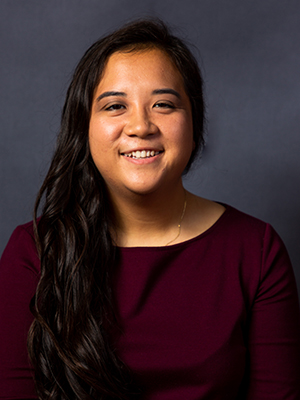 Jess Pham is part of the the Lady Flames' staff for a second season in 2019-20 as graduate assistant. In that role, she works with the managers, practice players, social media, recruiting database and video, among other duties.

Pham came to Liberty from Canisius, where she served as director of basketball operations for the Golden Griffins' women's basketball team in 2017-18.

Pham's previous experience came at Longwood, including a year (2016-17 season) as the Lancers' women's basketball director of operations. She was responsible for assisting the daily operations of the program, arranging team travel, ordering equipment, game day management and organizing film exchange between opposing teams. She also over saw the program's managers and edited game film for review.

Pham spent 2015-16 as Longwood's volunteer director of operations, while also taking on a full course load. In that position, accompanying the normal operations duties, she also assisted with game day marketing efforts.

Pham has spent her summers around the game, working as the women's assistant basketball camp director at Liberty, helping out with all facets of organizing, promoting, and executing the Team Camp, Day Camp and Elite Camp. She has also worked summer women's basketball camps at Duke and Oregon State.