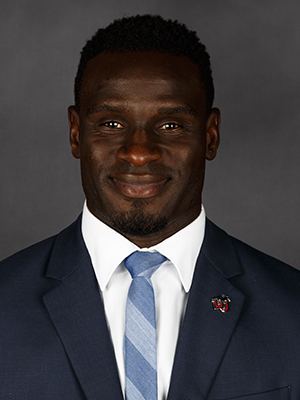 Solomon Tat will serve as strength and conditioning coach for the Liberty women's basketball team for a fourth season in 2019-20.

Tat has been an assistant strength and conditioning coach at Liberty since May 2014, working with various teams, including men's basketball and men's soccer.

Tat first came to Liberty in 2012, serving two years as a graduate assistant with the men's basketball team. In that role, he assisted in postgame team breakdown clips, individual game improvement clips and player breakdowns.

Prior to his arrival in Lynchburg, Tat was a two-time captain for the Virginia Cavaliers men's basketball team. Tat competed in 65 games over four years of competition at Virginia.

Tat received his Bachelor of Arts degree in foreign affairs from Virginia in 2010. Tat later completed his Master of Arts and Human Services degree with a concentration in business from Liberty in May 2014.

In 2010 Tat founded The Process Basketball Foundation in Nigeria. Tat is still a manager for the foundation where he develops basketball camps for under-privileged kids. Tat also works directly with the Nigeria Basketball Federation to help build youth programs while assisting the Nigeria National Team.