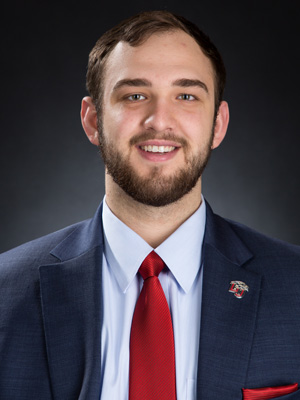 Sam Thomas began serving as a graduate assistant with the Liberty men's basketball team in 2018.

Prior to being hired as a graduate assistant, Thomas spent two years serving as a student manager. As a graduate assistant, Thomas oversees Liberty's student managers and handles behind-the-scenes game day and practice operations. He also assists the coaching staff with day-to-day operations, including video breakdown and scouting. Thomas recently completed his undergraduate degree at Liberty with a degree in Exercise Science.

Thomas began his collegiate career playing at Johnson University from 2014-15 in Knoxville, Tenn. Prior to college, Thomas played at Denbigh Baptist high school in Newport News, Va. where he was a an all-conference selection in basketball, tennis and soccer. On the court, Thomas averaged 22 points and 10 rebounds per game during his senior season.

A Newport News, Va. native, Thomas is the son of Marvin and Sharon Thomas and has an older sister, McKenzie Thomas.