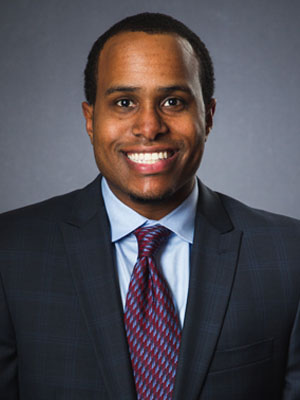 Joe Pierre III was hired as Director of Player Development in April of 2018.

Pierre joins Liberty's staff after serving as video coordinator for Middle Tennessee working for Kermit Davis, who is now at Ole Miss. In his first season at Middle Tennessee, the team went 31-5 and during his two years at Middle Tennessee, the Blue Raiders went 56-13 with two postseason tournament appearances and back-to-back regular season titles in the C-USA. In his first season at MT, Pierre and the Blue Raiders won the C-USA Conference Tournament, advancing to the second round of the NCAA Tournament, defeating Minnesota in the first round. This past season, Middle Tennessee went 25-8 and advanced to the second round of the NIT.

Pierre joined the Blue Raiders' staff after spending 2016 as an assistant coach at Pawnee High School in Oklahoma under six-time state champion coach David Page where he also was a middle school teacher. His 2016 squad started 28-0 before falling in the state semifinal game.

He also spent a season as the head coach of the eighth grade team at Stillwater Junior High School in 2015. Pierre led his team to a 15-6 record. Prior to his high school coaching stint, Pierre served as a student manager from 2011-15 at Oklahoma State University working under Travis Ford and his father, former Cowboys assistant Butch Pierre. Pierre's father has also coach at Charlotte, Memphis North Carolina State, Louisiana Lafayette and was a part of the LSU staff in 2006 that led the Tigers to the Final Four.

During his four seasons assisting with the Cowboys men's basketball program, OSU tallied 78 wins and made three consecutive trips to the NCAA Tournament. Pierre graduated from Oklahoma State in December 2015 with a B.S. in secondary education and is now working on his M.Ed. in administration at Middle Tennessee.

Pierre played high school basketball at Stillwater High School for coach Michael "Chick" Davis before suffering a career-ending ACL injury and graduated in 2011. Pierre's parents are Butch and Clemmie and has a sister, Langley McClay, who is a Ph.D. candidate at LSU. He also has a twin brother, Josh, who is the video coordinator at Mississippi State working Ben Howland and played at Arkansas State under John Brady for four years.