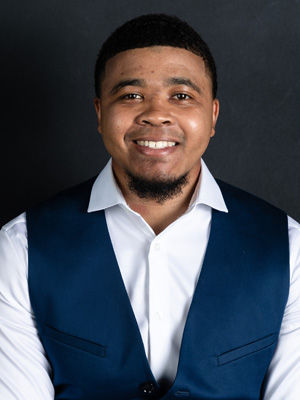 Liberty men's basketball and head coach Ritchie McKay announced the hiring of Kevin Anderson in August of 2018 as assistant coach.

Anderson is acquainted with Liberty basketball as he spent 2017-18 at Campbell working as the assistant director of basketball operations. While working at Campbell, Anderson's duties included breaking down film for games and practices while also building great relationships with the players. Anderson helped the Camels post back-to-back winning seasons for the first time in school history while making the postseason in both of his seasons on staff.

Anderson will be a familiar face in the state of Virginia as he played his collegiate ball at Richmond where he was the Atlantic 10 Rookie of the Year in 2008 and went on to earn A-10 Player of the Year and conference tournament MVP honors in 2011, when he led the Spiders to the league title and to a berth in the NCAA Tournament Sweet Sixteen.  He was a two-time Associated Press honorable mention All-American.

The former All-American will bring a player's perspective on the bench as he embarked on a professional career that included stops in France, Greece, Italy, Turkey, Luxembourg, Cyprus and Poland after his career at Richmond. Anderson played with the NBA D-League's Canton Charge in 2012, was invited to the Cleveland Cavaliers training camp in 2012 and also was a member of the Orlando Magic summer league team.