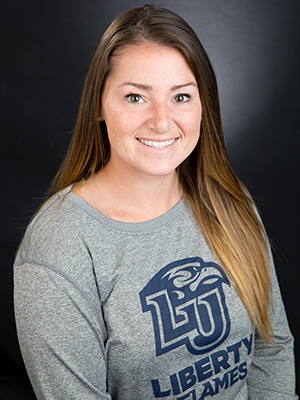 In 2019, Liberty enjoyed the best season in program history with Quinn on staff, posting a 14-5 overall mark and 5-1 mark in the ASUN in its first year in the new league. The 14 wins were a program record, while the Lady Flames ended the year at No. 31 (out of 116 teams) in the final NCAA Women's Lacrosse RPI listing, the best mark in program history. The Lady Flames earned the No. 2 seed for the ASUN Lacrosse Championship and reached the ASUN title game in their first year in the conference.

The 2019 season also saw the team lead the nation in caused turnovers per game (15.78) for a second straight season. The Lady Flames also ranked eighth in the country in ground balls per game (21.53), 13th in scoring margin (5.00), 14th in scoring defense (9.11), 18th in shots per game (33.63) and 20th in scoring offense (14.11). Liberty had six ASUN All-Conference selections, including first team members Carly White and Brianna McCaffrey. Additionally, Liberty led all ASUN teams with 10 weekly award winners (offensive and defensive player of the week).

In 2018, the Lady Flames had a historic season in Quinn's first year, posting a 13-5 overall mark and 6-1 record in the Big South. The 13 overall wins are the second most in school history, and the six conference wins is still a program record. Additionally, Liberty reached as high No. 37 (out of 115 DI teams) in the NCAA Women's Lacrosse RPI and closed the year in the No. 38 slot. The Lady Flames also defeated several schools for the first time in program history, including: Arizona State (first-ever win over a Power-5 conference school), East Carolina, Mercer, Old Dominion, Robert Morris and William & Mary.

The 2018 season also saw the squad ranked No. 1 in the nation in caused turnovers per game (14.28), No. 2 in ground balls per game (23.78), No. 4 in shots per game (36.11), No. 9 in shots on goal per game (25.94), No. 17 in scoring defense (9.78) and No. 20 in scoring margin (3.67). Liberty matched a program record with seven Big South All-Conference selections. Additionally, 10 Lady Flames were named either the Big South Offensive or Defensive Player of the Week or Freshman of the Week during the course of the season, led by Brianna McCaffrey, a four-time Defensive Player of the Week.

Quinn came to Liberty after serving as an assistant coach for two years (2015-17) at Canisius. She also enjoyed a successful four-year playing career for the Griffins.

In two years as an assistant at Canisius, Quinn coached 17 Metro Atlantic Athletic Conference (MAAC) All-Conference players. The Griffins finished 2017 with the most wins (15) and fewest losses (5) in program history, while winning the MAAC Championship to earn a spot in the NCAA Division I Women's Lacrosse Championship.

In Quinn's six years as a Griffins player and assistant coach, the team won five conference titles. The Orangeville, Ontario, Canada, native finished her playing career as one of the most celebrated players in program history.

Quinn earned Intercollegiate Women's Lacrosse Coaches Association (IWLCA) Regional All-America honors on three separate occasions and was a three-time MAAC Offensive Player of the Year. She closed out her career with 154 goals, 97 assists and 251 points in a Griffins uniform.