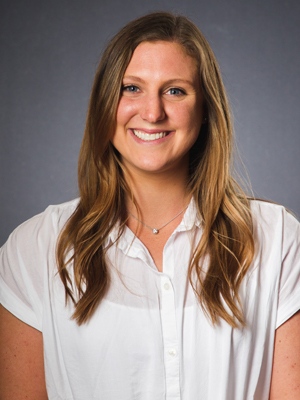 Caroline Smith stepped into her role as a Women's Olympic Sports Director of Operations in July of 2019. Smith works directly with men's tennis, field hockey and women's soccer.