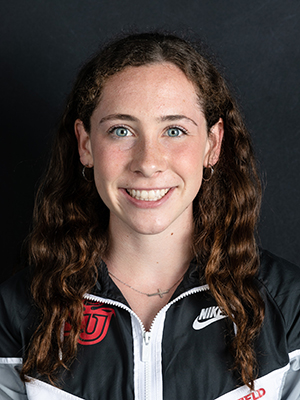 2019 Outdoor Track & Field (Fr.)
• Personal-best 11:46.47 steeplechase was good for seventh place at the ASUN meet
• Made her steeplechase debut at the FSU Relays, coming in fourth in the 2K version of the race
• Improved her 1,500 clocking each time she ran the race, finishing up with a 4:54.39 performance at the Virginia Grand Prix
• ASUN Academic Honor Roll member