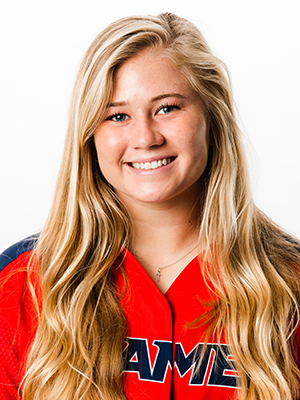 Prep
• Graduated from Clarksville Academy, where she played varsity softball from eighth grade on
• Three-time All-District 10-A selection
• Increased batting average each year of high school, from .366 as a freshman to .537 as a junior
• Named team's softball MVP as a freshman and earned defensive award during junior season
• As a junior, posted a .640 on base percentage, .985 slugging percentage and 28 RBI, while also hitting for the cycle once
• Had a strikeout rate of less than 4% during varsity career
• Also competed on clay target team at Clarksville Academy as a junior and senior
• Played club softball for Illinois Force and Birmingham Vipers