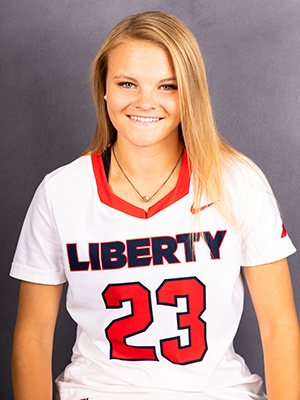 Prep
• Graduate of Steamboat Springs High School
• Earned All-American recognition as a senior
• Named first team all-state as a senior, second team all-state as a junior and sophomore and honorable mention all-state as a freshman
• Received US Lacrosse's  Jackie Pitts Award for the state of Colorado in 2019, given to the graduating senior in each area who is an exceptional player and invested in the development of the game in her community
• Honored as a first team all-conference player for four straight years
• Selected to play for Colorado National Team as a freshman and junior
• Tallied 242 goals, 90 assists, 332 points, 259 ground balls, and 80 takeaways during high school career
• Four-time first team All-Academic honoree
• Selected to play for Colorado National Team as a freshman
• Competed at the club level for Long Island Top Guns, XTEAM, Summit, Ascent and Team 180
• Had the opportunity to go to England with DC Metro to play in the high school tournament which coincided with the World Cup in summer 2017
• Also competed on the cross country, volleyball and basketball teams in high school