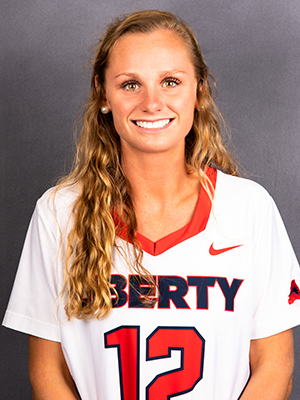 • Competed in 18 games
• Scored 37 goals (tied for second on team) to go along with four assists, 41 points (fourth on team), 88 shots (tied for most on team) (58 on goal), five free-position goals (tied for third on team), 15 ground balls and 13 caused turnovers
• Recorded career-best five goals on two occasions, versus East Carolina on March 6 and in the ASUN Lacrosse Championship semifinals at Coastal Carolina on May 2
• Had three or more points nine times on the season, including a career-high seven points (5 g, 2 a) in an 18-6 victory over East Carolina
• Tallied multiple goals 10 times on the year and scored 16 goals over the last five games of the season
• Went a perfect 3-of-3 on free-position chances in the 18-8 ASUN Tournament semifinal win over Coastal Carolina
• Scooped up two or more ground balls five times and matched a career best with four ground balls at home against Richmond, March 2
• Generated multiple caused turnovers on two occasions, highlighted by a career-best three caused turnovers versus Richmond

Prep
• Graduate of McKinney Christian Academy
• Four-year letterwinner and two-year team captain for the Mustangs
• Voted all-state and all-district as a sophomore after scoring 71 goals to go along with 21 assists
• Led the Mustangs to a state title at the Division 2 Level in 2015
• Selected to the Inside Lacrosse All-Tournament team and the all-tournament team at the Texas Invitational
• Made Under Armour All-American South team as a junior and Team Texas for the national tournament as a junior while compiling 35 goals and 11 assists
• Competed at the club level for C2C Lacrosse
• Named to the Inside Lacrosse C2C Spotlight All-Star Team while also being featured as a standout player for an Inside Lacrosse Spotlight.
• Accumulated 28 goals and 12 assists as a senior despite missing a majority of the season due to injury
• Also competed in cross country, basketball and track & field at McKinney