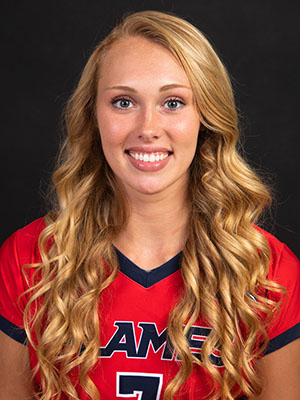 Prep
• Graduated from Person High School, where she was a four-time letterwinner
• As a senior, scored 209 kills while hitting .263
• Three-time all-conference player
• Named team's Most Outstanding Player in 2014 and 2015
• Two-year team captain
• Voted Athlete of the Week by the Courier Times on at least one occasion each year of high school
• Earned an all-tournament award from USA Volleyball as a freshman
• Recipient of Grissom and Holloman Award in 2013, 2014 and 2015
• Received Best Hitter honors at Wake Forest's camp
• Played club volleyball for Triangle Volleyball Club

Personal
• Daughter of Robert and Regina Goodwin
• Majoring in digital media performance, with the goal of becoming a journalist
• Birthday is Oct. 15