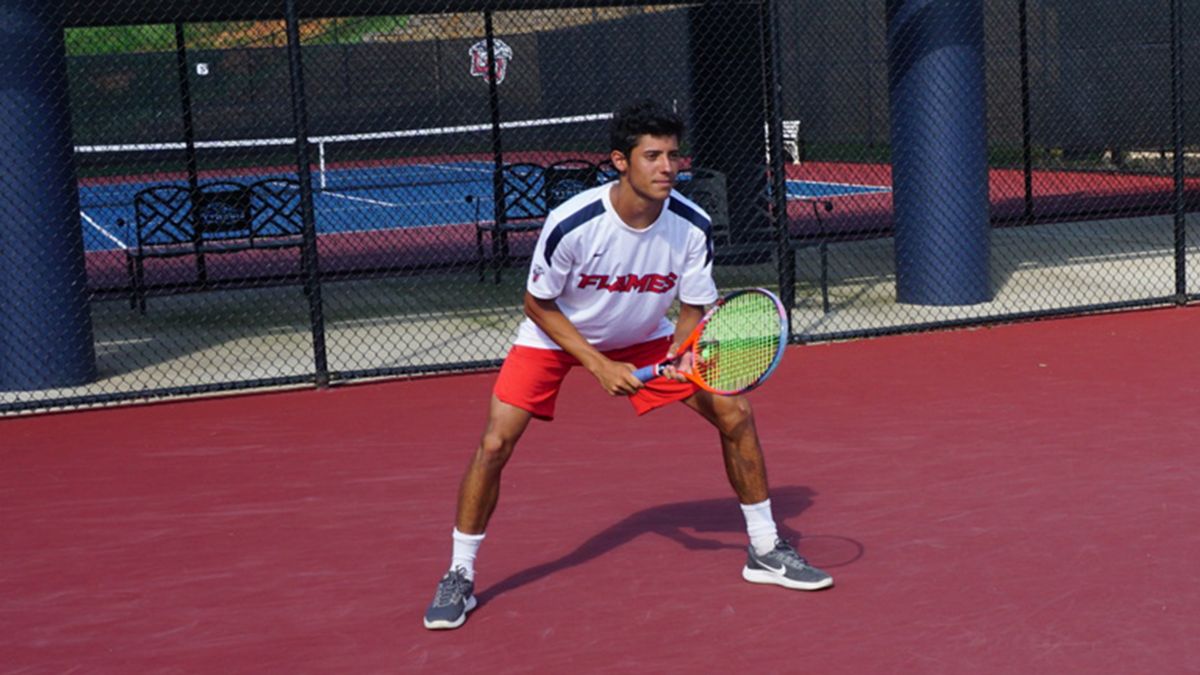 Juri won the first match of his collegiate career on Friday at the Silverado Invitational.

All three Flames players captured their respective matches in three sets, and in two of the three (Gutierrez and Juri) came back from one-set deficits to win.

"The character of our team showed up today, as each got tested," stated Liberty Men's Tennis Head Coach Derek Schwandt. "I'm so excited about what we are building with this team."

In an eight-team tournament field featuring Liberty, Oklahoma State, UNLV, San Francisco, Tulsa, Pepperdine, California and Hawaii, the Flames faced opponents from Pepperdine in singles play on day one. Burton squared off against the Waves' Matias Sborowitz. The Liberty junior claimed the first set 6-3 before his counterpart evened it at a set apiece with a 6-4 triumph of his own. Burton outlasted Sborowitz 6-1 in the third set, winning 6-3, 4-6, 6-1.

Gutierrez, who won eight three-set matches as a junior last season, once again proved his mettle in three-set bouts, defeating Pepperdine's Pawel Jankowiak 6-7 (7), 6-0, 6-3. The Flames senior lost in a tiebreaker in set one but rebounded to win 12 of the 15 games.

Juri, who hails from San Rafael, Argentina, picked up his first collegiate win on Friday. After a 6-4 loss in the first set to the Waves' Scotland Garapedian, he edged Garapedian in a tiebreaker in the second set, 7-6 (5), forcing a deciding third set. Juri picked up the victory in convincing fashion with a dominating 6-0 effort in the final set for a 4-6, 7-6 (5), 6-0 triumph.

The Flames will be back action in action tomorrow beginning at 1:30 p.m. Eastern (10:30 a.m. Pacific) on day two of the Silverado Invitational.