Installation of Liberty's new FieldTurf started on Monday and is scheduled to be completed during the next month.

A full crew of workers from FieldTurf Rackett, Inc. rolled into Williams Stadium on Monday, beginning a month-long process to replace Liberty's artificial playing surface prior to the opening of the Flames' spring practice season in March.

In August of 2006, Liberty replaced its near decade-old Astroturf with FieldTurf, the latest in synthetic playing surfaces, which can be found in college and professional football stadiums all over the country.

Liberty has called the playing surface home for three seasons, winning back-to-back Big South titles at the stadium, including a title-clinching victory over Gardner-Webb on Nov. 15 this past fall.
The Flames have posted a 17-2 record at Williams Stadium since the installation of the FieldTurf playing surface, including a stretch where the Flames reeled off a program-best 11 straight victories.

Despite the Flames' success, FieldTurf learned that the product rolling out of its Georgia plant assembly line at the time of Liberty's installation was faulty.

The FieldTurf crew began removal of the turf on Monday, cutting the artificial surface up into 10' by 80' stripes to roll up for easier disposal. Working from the far end of the stadium toward the Williams Football Operation Center, the first phase of the turf replacement will take approximately one week.

After box dragging the base underneath the surface, the FieldTurf installation crew will begin to sew and inlay the new Dura-spine playing surface. Total estimated time for installation of the new product is slated for roughly one month, pending favorable weather conditions.

The new product installation allowed Liberty to change up its color scheme on the field, as the end zones will now feature a Liberty red overlay, instead of the previously used blue color scheme. The remaining field design elements will remain the same. A full mock-up design is pictured below.

LibertyFlames.com, the official web site of the Liberty Athletics Department, will be providing regular turf replacement updates during the entire installation process. Be sure to check back frequently for the latest information during the process, which will attempt to be completed before the Flames' first spring practice session on March 26. 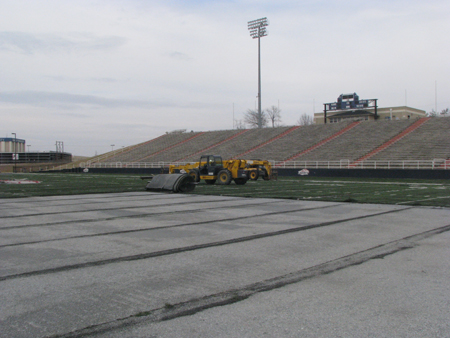 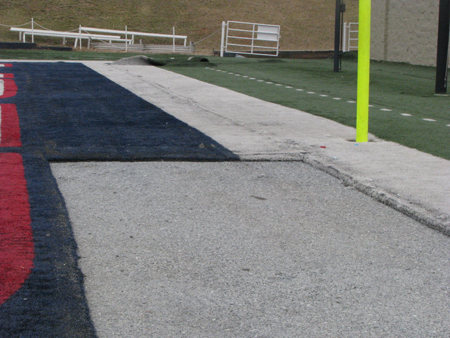 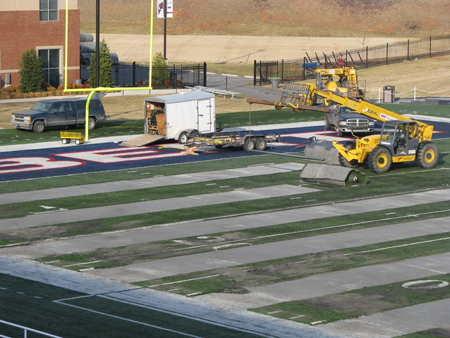 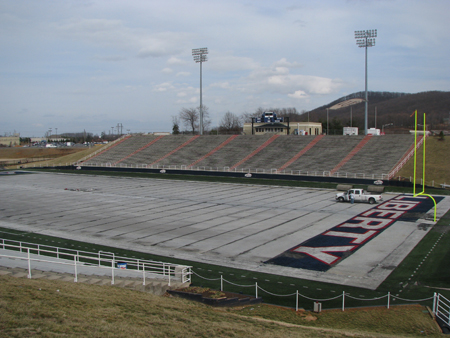 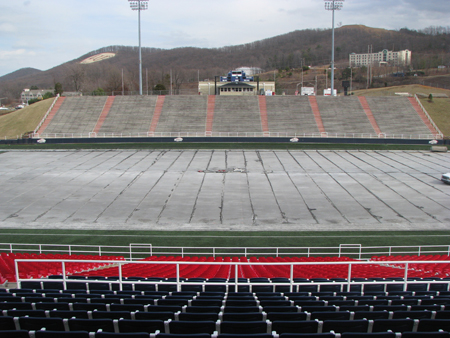