In addition to capturing its 11th Big South Conference title in the past 12 seasons, the 2007-08 Lady Flames posted a 3.354 team GPA, which ranked 14th nationally. Head coach Carey Green's squad was one of three teams in the nation (also Kansas State and New Mexico) to both appear in the NCAA Tournament and accumulate at least a 3.3 team grade-point average last season.

Joining in the team's celebration were Liberty Director of Athletics Jeff Barber and his family, Senior Woman Administrator Meredith Eaker and Susan May from the Center for Academic Support and Advising Services (CASAS). All present enjoyed a menu which included ribs, shrimp, baked beans and baked potatoes.

Enjoy a photo gallery of the evening's festivities below: 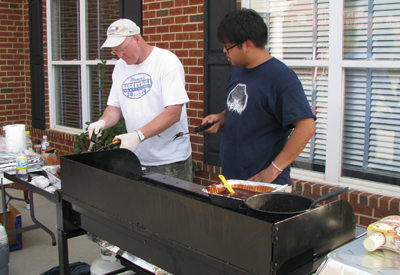 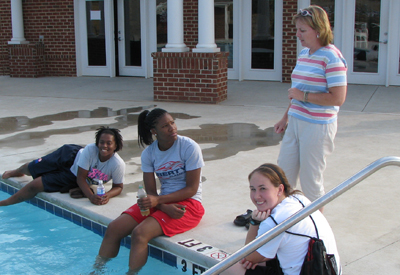 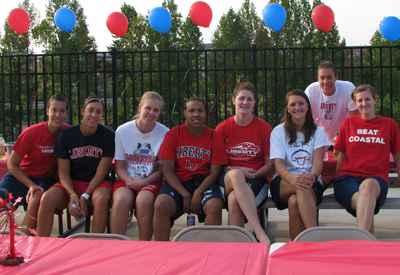 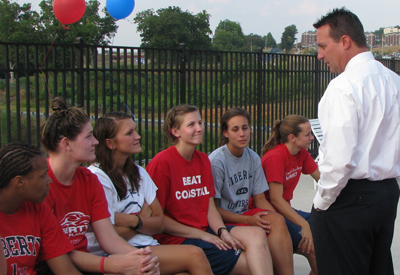 Director of Athletics Jeff Barber chats with the Lady Flames. 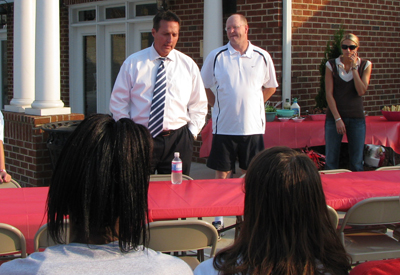 Director of Athletics Jeff Barber addresses the team, prior to dinner. 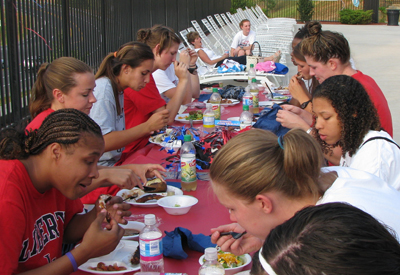 The Lady Flames enjoy the meal.