Liberty to Meet Old Dominion in Opening Round

The Big South Champion Liberty women's basketball team has earned the No. 12 seed in the NCAA Division I Women's Basketball Championship's Greensboro regional and will meet in-state foe Old Dominion, the No. 5 seed, on Sunday at 7 p.m. in Norfolk, Va.

The game will be played on the Monarchs' home court, the Ted Constant Convocation Center, and will be televised by ESPN2. Old Dominion, which won its 17th-straight CAA Tournament title on Sunday, is 29-4 overall and 14-0 at home this season.

"We're excited to be in the NCAA Tournament," stated Liberty head coach Carey Green. "I'm pleased our fans will not be challenged with an extreme commute to support the Lady Flames. With the NCAA Tournament being closer to home than the Big South Tournament, I expect a good representation of Liberty supporters."

The Lady Flames, 28-3 overall, are making their 11th NCAA Tournament appearance in the last 12 seasons and their eighth appearance in nine seasons under Green's guidance. Liberty earned its berth by capturing the Big South Championship title on Sunday, with a dramatic 66-65 victory over Radford. Tournament MVP Megan Frazee connected on the game-winning basket from close range, with just 0.3 seconds left.

Liberty was seeded No. 13 in 2005, when the Lady Flames defeated Penn State and DePaul to reach the "Sweet 16," claiming the first two NCAA Tournament victories in program history. Current seniors Allyson Fasnacht, Egle Smigelskaite and Courtney Watkins were freshmen on that year's team.

Liberty and Old Dominion have only met once before on the hardwood, in the opening round of the 1997 NCAA Tournament. The Lady Flames, making their first-ever postseason appearance as a No. 16 seed, fell to the top-seeded Monarchs by a 102-52 count.

The Lady Flames are 2-0 versus CAA opposition this year, owning home victories over James Madison and George Mason.

The winner of the Liberty-Old Dominion contest will meet either No. 4 seed Virginia or No. 13 seed UC Santa Barbara on March 25. That contest's victor will advance to the "Sweet 16" at the Greensboro Coliseum.

"I'm excited to be in the same region with two sister universities from the Commonwealth," said Green. "It's a great opportunity for the Commonwealth to see great women's basketball teams from Virginia playing at the highest level." 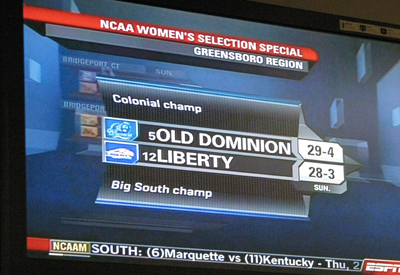 The Lady Flames find out their first-round NCAA Tournament opponent. 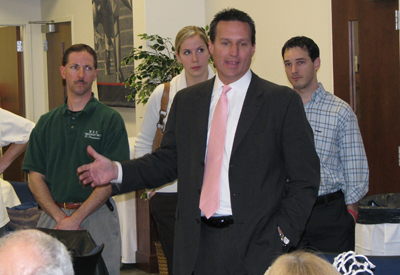 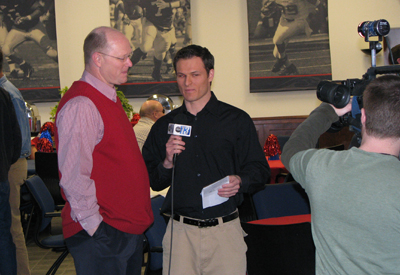