Flames Move Back into the Top 25 Rankings 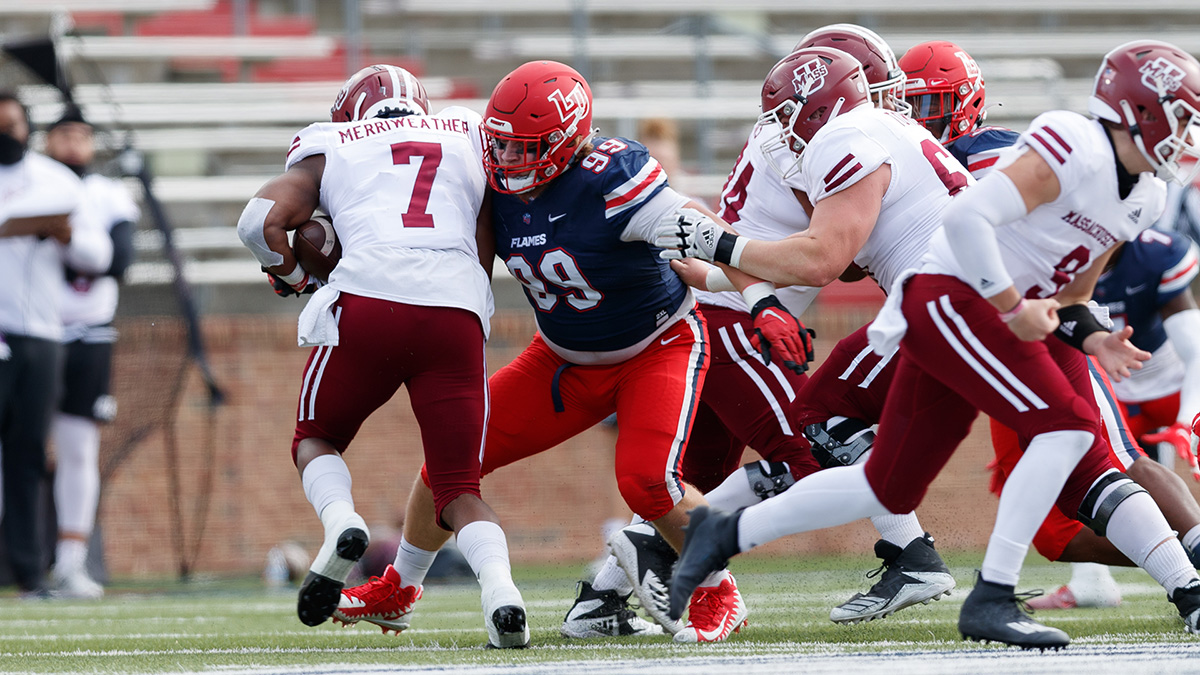 Following the program's first shutout since 2016, Liberty has moved back into the top 25 rankings at No. 25 in the Associated Press and Amway Coaches polls.

Following the program's first shutout since 2016, Liberty has moved back into the top 25 rankings at No. 25 in the Associated Press and Amway Coaches polls.

This marks the fourth week during the 2020 season Liberty has been ranked in either FBS top 25 poll.

The Flames received their first-ever top 25 ranking on Nov. 1 when they were ranked No. 25 in the Associated Press top poll.

The highest Liberty has been ranked during the 2020 season is No. 21 in the Associated Press poll and No. 2 in the Amway Coaches poll on Nov. 15.

After a 45-0 shutout win over UMass, last Saturday, Liberty is one of four FBS teams in the country with nine wins. Joining Liberty at the nine-win mark late in the 2020 season is BYU, Coastal Carolina and Notre Dame, who are all 9-0.

BYU and Liberty are two FBS independent programs currently ranked in the Week 14 FBS national rankings. BYU is ranked No. 8 in both national polls.

Notre Dame, who traditionally plays as an independent but is playing as a full member of the ACC in 2020, is currently ranked No. 2 in both national polls.

The Flames will have their first-ever FBS top-25 showdown in program history when Liberty heads to Conway, S.C., to face off against former Big South rival Coastal Carolina on Saturday.

The Chanticleers, who recently clinched the Sun Belt East Division championship, are currently ranked No. 14 in both national rankings.