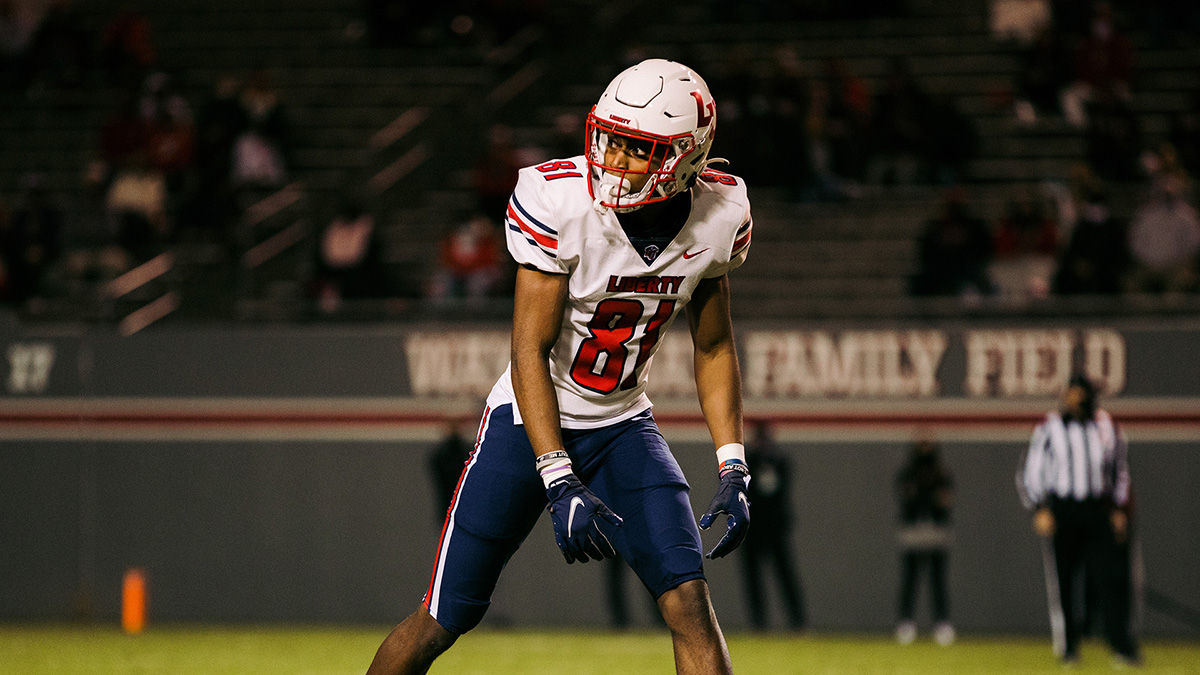 The Flames will look to push their home win streak to 11 games in a row and send their senior class out with another home win when they host UMass on Friday at Williams Stadium.

1. Liberty (8-1) will wrap up its 2020 home schedule with a Black Friday matchup with fellow FBS independent squad   UMass (0-3). The Flames will recognize 30 seniors on Senior Day at Williams Stadium.

2. The Flames will attempt to bounce-back from a 15-14 loss at NC State which snapped a 10-game winning streak. A win on Friday would equal Liberty's longest home winning streak in program history at 11 contests.

3. Friday's matinee will serve as a rubber match of sorts. UMass topped Liberty 62-59 in 3OT in 2018 before the Flames countered with a 63-21 win over the Minutemen last season. Both of those contests took place in Massachusetts.

4. Liberty QB Malik Willis, a recent addition to the Maxwell Award Watch List (best all-around FBS player), is the only FBS player to rank among the nation's top 15 for both passing TDs (17) and rushing TDs (9). Willis leads all FBS QBs with a team-high 744 rushing yards.

5. Liberty ranks No. 12 nationally with 238.1 rushing yards per game. The Flames are 12-0 under Hugh Freeze when outrushing their opponent, including 7-0 this season.

6. The Liberty defense ranks among the nation's leaders in total yards allowed (No. 12, 309.4 yards/game). Last week, the Flames limited a high-powered NC State offense to season lows for points (15) and total yards (320).

A Liberty Win Would ...
• Extend the Flames' home winning streak at Williams Stadium to 11 games, equaling the program record set between Nov. 4, 2006 and Oct. 11, 2008.
• Give the Flames their fifth 9-win season in program history and first since 2014.
• Enable the Flames to join BYU as the nation's first two FBS teams with nine victories so far this season. Liberty would also join Army, BYU and Cincinnati as the nation's only FBS squads with six home wins at this point of the 2020 season.
• Wrap up the Flames' first unbeaten season at home since 2010 (5-0) and their fifth overall in program history.
• Give the Flames their sixth season with six or more home wins and their first since 2013 (6-1).
• Provide the Flames a 2-1 advantage in their all-time head-to-head series with UMass with their second victory over the Minutemen in as many seasons.