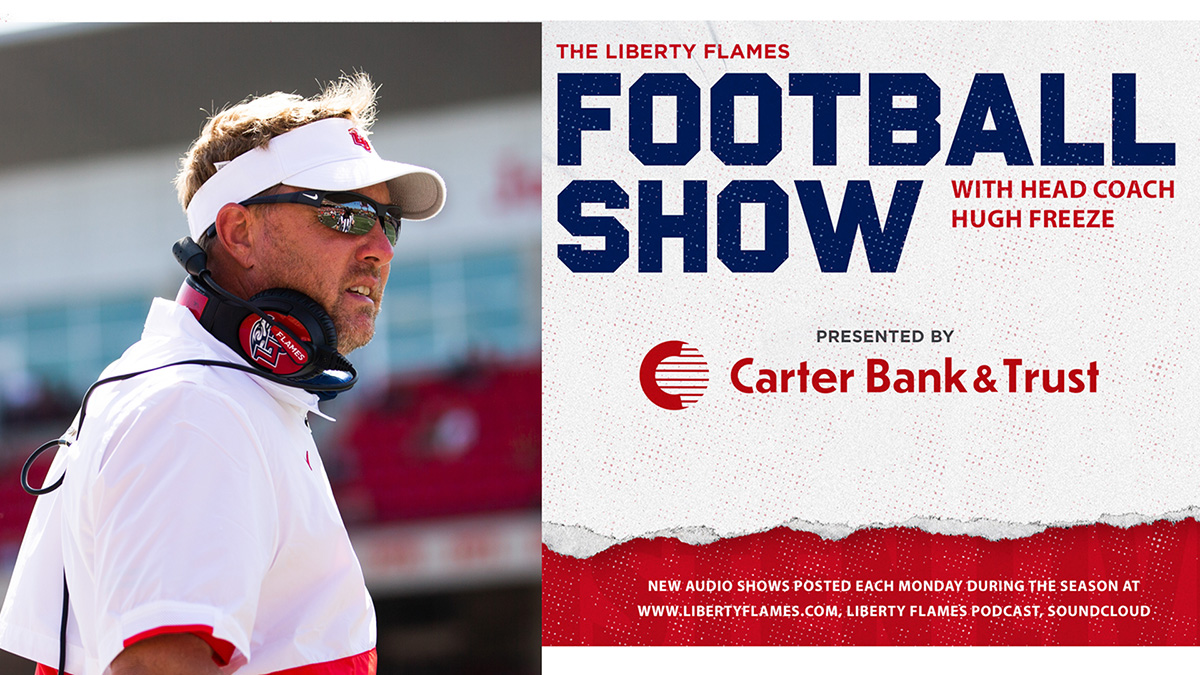 Flames football fans can hear directly from their head coach during the 2020 season with the Liberty Football Show each week. The show posts to the podcast channels on Monday night and on www.LibertyFlames.com each Tuesday.

The weekly show provides members of Flames Nation an inside look into the Liberty Football program through a digital audio platform in 2020.

The hour-long show is hosted by Alan York, "Voice of the Flames," and features weekly interviews with Freeze, members of his assistant coaching staff and players from his 110-player football roster.

Flames Nation members can take part in the weekly show by submitting questions and comments in advance of the show by emailing LFSN@liberty.edu by tweeting @LUFlamesVoice.

The show is posted each Monday evening to the Liberty Flames Podcast channel, which is available on most of the properly podcasting platforms like Apple Podcasts, Sound Cloud, Google Podcasts and more.