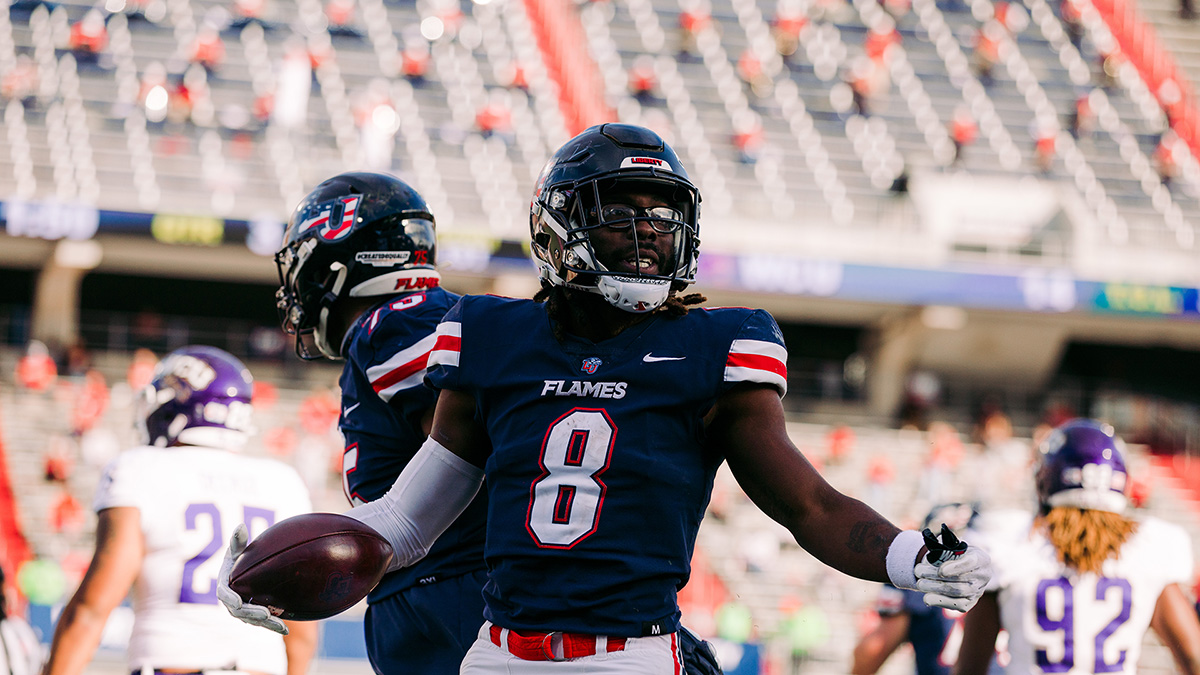 The Flames will look to move to 9-0 and push their winning streak to 11 games in a row when they face their third of three ACC foes this season on Saturday at NC State.

The Flames will look to move to 9-0 and push their winning streak to 11 games in a row when they face their third of three ACC foes this season on Saturday at NC State.

2. The Flames are 8-0 to start a season for the first time in program history and have won 10 straight games overall (second-longest active streak in FBS). A win on Saturday would equal Liberty's program record of 11 consecutive victories (Oct. 20, 2007-Oct. 11, 2008).

3. Liberty has topped Syracuse and Virginia Tech for its first two ACC wins in program history. The Flames will attempt to even their all-time series vs. NC State at 1-1.

4. Liberty QB Malik Willis has been outstanding during his first seven games as a Flame, averaging 100 rushing yards/game with nine rushing TDs and completing 67.8 percent of his passes for 1,645 yards and 15 scores. He has accounted for 16 TDs (12 passing, four rushing) in the last three games.

5. Liberty ranks No. 12 nationally with 254.5 rushing yards per game, including 293.5 per game against ACC foes. The Flames are 12-0 under Hugh Freeze when outrushing their opponent, including 7-0 this season.

6 .The Liberty defense ranks among the nation's leaders in total yards allowed (No. 14, 308.0 yards/game). Last week, the Flames recorded four sacks and three takeaways during a 58-14 win over Western Carolina.

A Liberty Win Would ...
• Mark the Flames' first-ever victory over NC State, evening their all-time series with the Wolfpack at 1-1. Liberty previously entered 2020 with 0-1 all-time marks vs. ACC foes Syracuse and Virginia Tech before evening those series.
• Give the Flames a 3-0 record verus ACC teams this season. They would become the first non-conference team with three ACC wins this season. Florida accomplished the same feat in 2019.
• Represent the Flames' 11th consecutive win overall, dating back to last season. It would extend Liberty's longest winning streak of the FBS era and match its program-record 11-game winning streak, which spanned Oct. 20, 2007-Oct. 11, 2008.
• Extend the Flames' best-ever start to a season to 9-0. It would give Liberty its fifth 9-win season in program history and first since 2014.
• Mark the first time since 1997 the Flames have won their first four road games of the season.