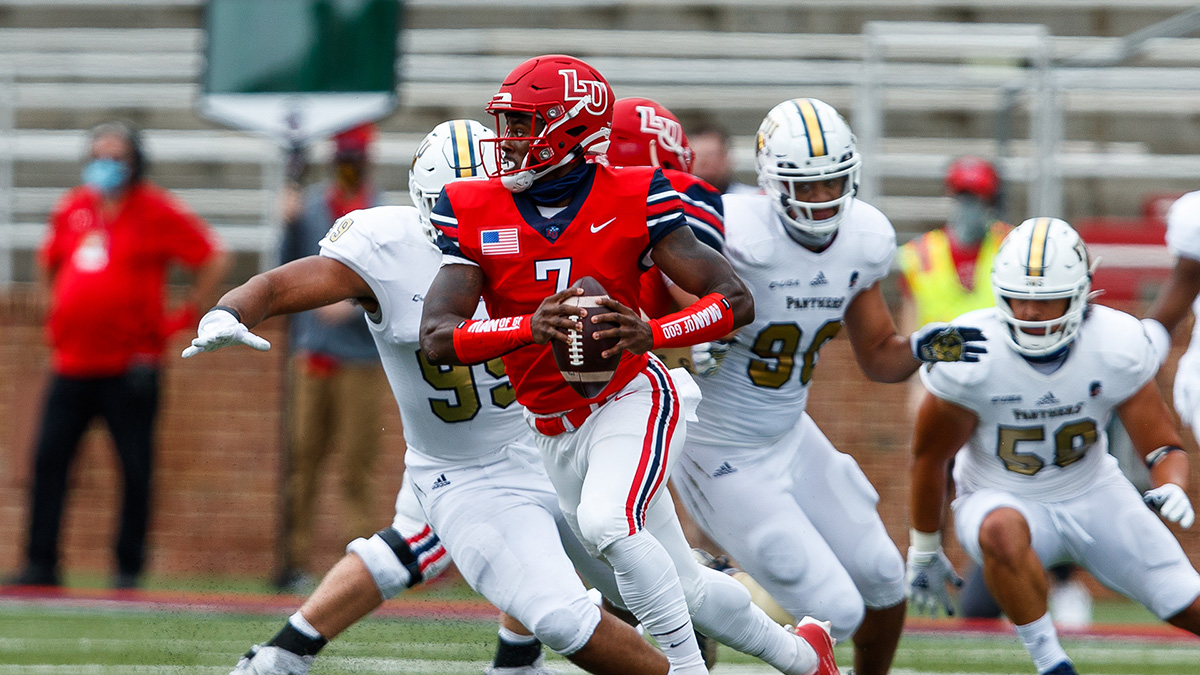 Malik Willis' outstanding play continues to grab more national attention each day, including today with the quarterback being named to the Maxwell Award watch list.

Malik Willis' outstanding play continues to grab more national attention each day, including today with the quarterback being named to the Maxwell Award watch list.

The Maxwell Award has been presented to the outstanding collegiate football player in America since 1937 and is named in honor of Robert W. "Tiny" Maxwell.

Last year, LSU quarterback Joe Burrow was the recipient of the 83rd Maxwell Award after leading the Tigers to the national championship.

The winners of the 2020 Maxwell and Bednarik Awards will be announced as part of the ESPN Home Depot College Football Awards Show which will be presented in late December or early January at a date to be announced shortly.

Today's honor marks the third time this year Willis has been named to a national award watch list.

Willis was added to the 2020 Davey O'Brien National Quarterback Award midseason watch list in October. He was also named to the College Football Performance Awards National Performer of the Year watch list in November.

Willis is a perfect 7-0 as a starter in 2020 and is the first quarterback in program history to win his first seven starts.

Willis and the No. 21 Flames will look to move to 3-0 against ACC foes in 2020 when they square off against NC State at Carter-Finley Stadium on Saturday evening. The contest is set to start at 7:30 p.m. and will be broadcast on the ACC Regional Sports Networks and LFSN Radio (Flagship station – The Journey FM 88.3 Lynchburg).