Football Adds UMass Back to 2020 Schedule 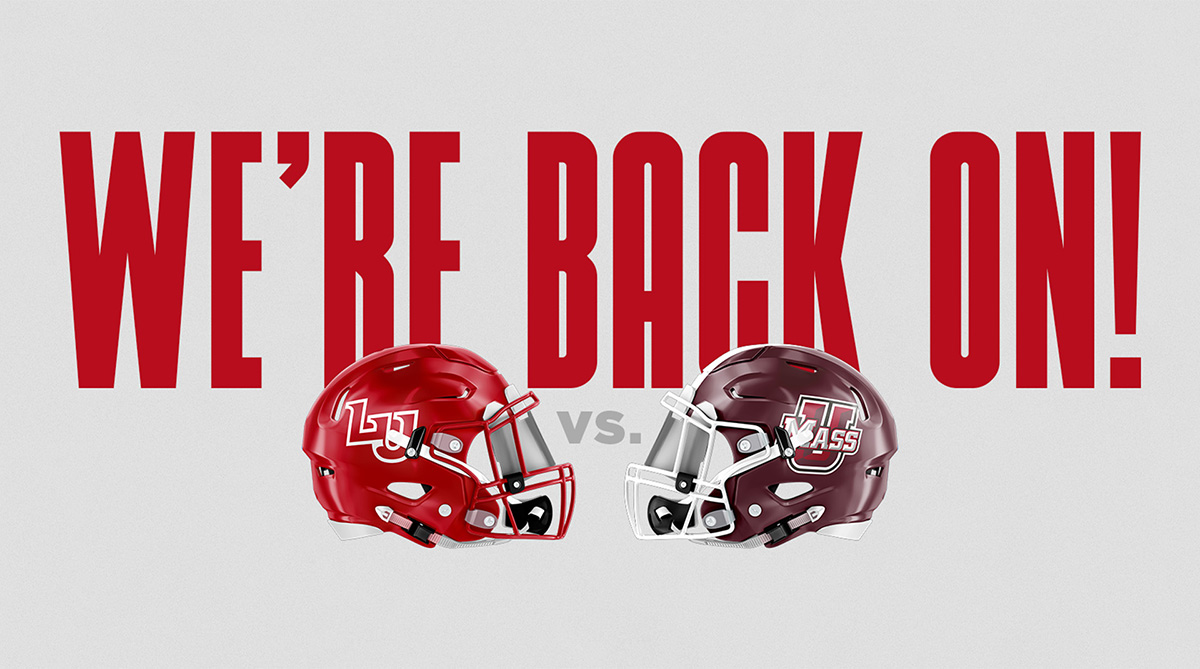 Liberty has announced it will host the UMass Minutemen at Williams Stadium on Friday, Nov. 27 at Noon. The game will be broadcast on ESPN3.

"We are excited to confirm the game with UMass on Friday of Thanksgiving weekend," said Director of Athletics Ian McCaw. "With the uncertainty of 2020 and the team's success this season, we want to provide our student-athletes with as many opportunities to compete as possible."

Additionally, Liberty has also adjusted the kickoff time for its game against Western Carolina on Nov. 14. The Flames and Catamounts will now meet at Williams Stadium at Noon and the game will remain on ESPN3.

Liberty was previously scheduled to host UMass on Saturday, Nov. 28, but the contest was dropped from the Flames' 2020 schedule when the Minutemen announced they were not going to play football this fall in August.

UMass Athletics provided an update on the status of its football program on Sept. 21, stating the Minutemen would play a limited schedule in 2020. UMass opened the season with a 41-0 loss at Georgia Southern, last Saturday, and will face Marshall on Nov. 7.

The Nov. 27 match-up marks the third-straight season the Flames have faced UMass and will be the Minutemen's first trip to the "Hill City." Liberty split the first two games in the series in Amherst, Mass., including a 63-21 win at UMass on Nov. 2, 2019.

Liberty and UMass are scheduled to face each other each year during the following five seasons. The Flames will host the Minutemen at Williams Stadium in 2021, 2023 and 2025, while they will square off against each other at McGuirk Alumni Stadium in 2020 and 2024.