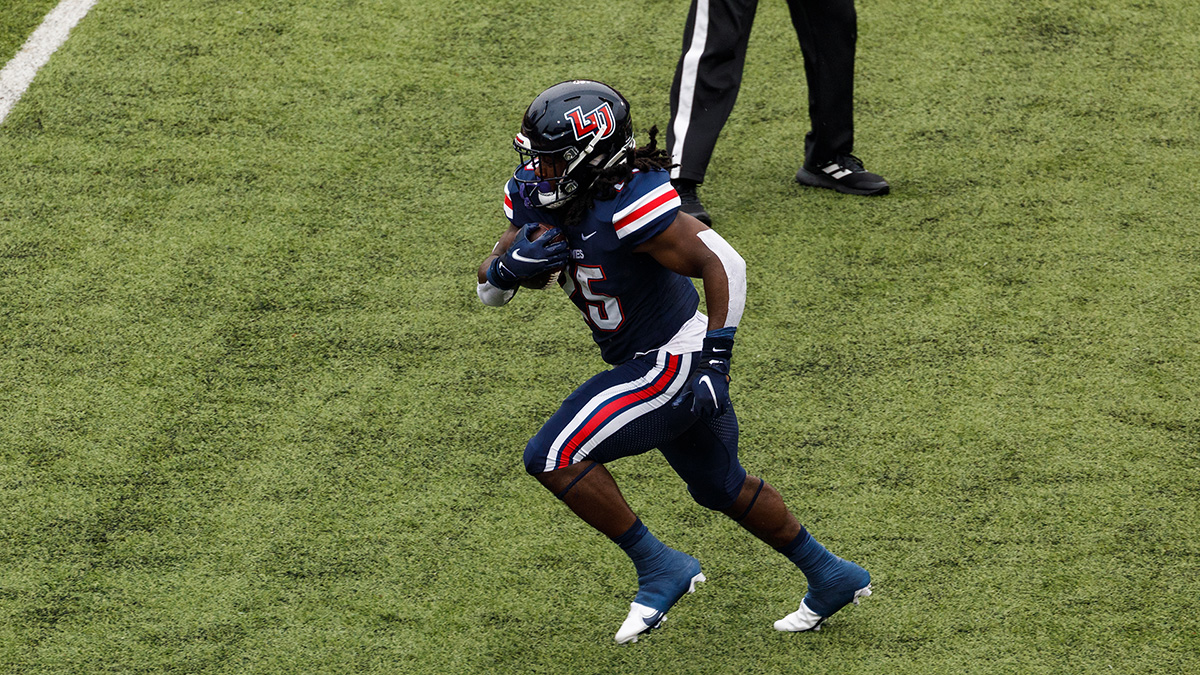 The Flames will look to move to 5-0 and push their winning streak to seven games in a row when they face their first of three ACC foes this season on Saturday at Syracuse.

The Flames will look to move to 5-0 and push their winning streak to seven games in a row when they face their first of three ACC foes this season on Saturday at Syracuse.

1. Unbeaten Liberty (4-0) will head to Syracuse (1-3, 1-3 ACC) on Saturday for its second meeting with the Orange in as many seasons and its first of three scheduled ACC matchups in 2020.

2. Liberty has won six consecutive contests overall, dating back to last season. In order to extend their winning streak, the Flames will need to record their first-ever victory against an ACC opponent and their first triumph in New York. Liberty is 0-8 all-time vs. ACC foes and 0-8 playing in the Empire State.

3. The Flames will look to avenge a 24-0 home loss to then No. 22 Syracuse in Hugh Freeze's Liberty debut, Aug. 31, 2019 at Williams Stadium. Liberty was held to -4 rushing yards in that game but ranks No. 7 nationally with 250.8 rushing yards per game this season.

4. Liberty QB Malik Willis has been outstanding during his first three games as a Flame, averaging 113.3 rushing yards/game (tops among FBS QBs) and completing 60 percent of his passes for 595 yards and a pair of scores.

A Liberty Win Would ...
• Mark the Flames' first-ever win over an ACC opponent (in their ninth try).
• Be the Flames' first-ever victory when playing in New York (in their ninth try).
• Give the Flames their first 5-0 start to a season since 2008 and their third 5-0 start in program history (also 1989).
• Mark the first season the Flames have won their first two road games since 2008.
• Represent the Flames' seventh consecutive win, dating back to last season. It would extend Liberty's longest winning streak of the FBS era and be its longest since a program-record 11-game winning streak spanning Oct. 20, 2007-Oct. 11, 2008.
• Be the Flames' second victory all-time when playing in a dome (also Oct. 3, 2015 at Georgia State in the Georgia Dome).