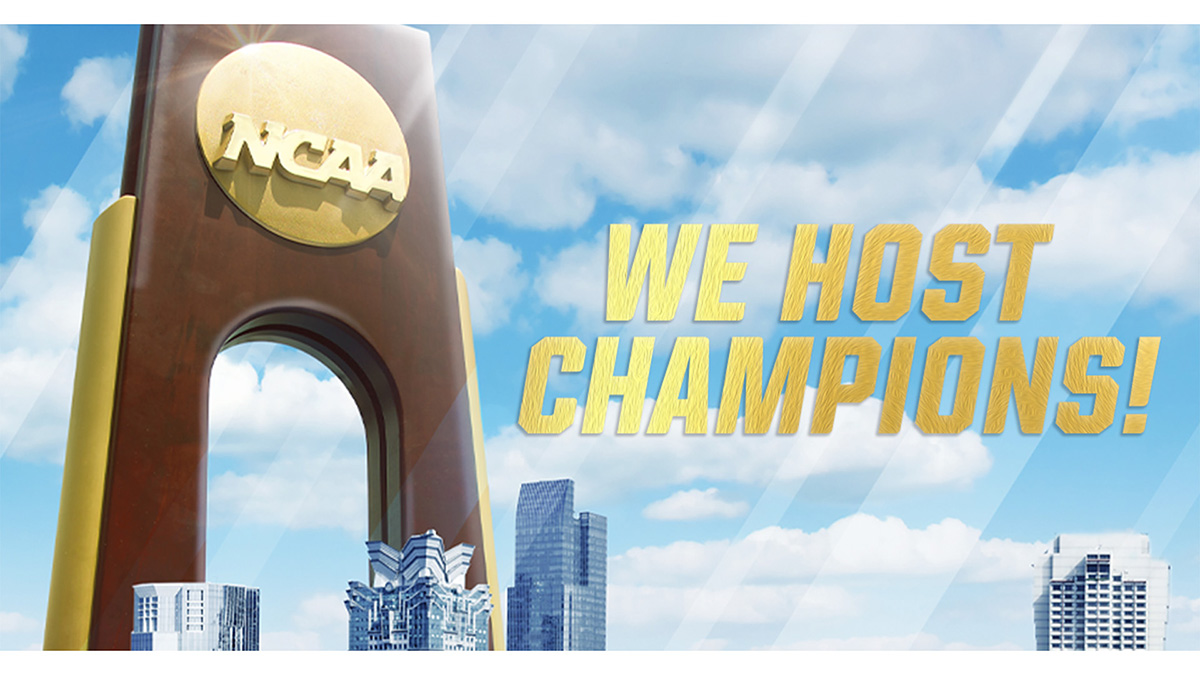 NCAA Championship level golf will be coming to the greater Lynchburg area in 2025 with Liberty set to host an NCAA Men's Golf Regional.

NCAA Championship level golf will be coming to the greater Lynchburg area in 2025 with Liberty set to host an NCAA Men's Golf Regional.

Today, the NCAA announced the selection of 450 host sites for preliminary rounds and final sites of predetermined championships in Divisions I, II and III, with most to be held from 2022-23 through 2025-26.

Liberty was selected to host a 2025 NCAA Men's Golf Regional at the Poplar Grove Golf Club in nearby Amherst, Va.

"We are honored to serve as the host to the 2025 NCAA Men's Golf Regional," said Director of Athletics Ian McCaw. "Liberty University is blessed with top-notch facilities and a commitment to provide a high quality experience for the participating student-athletes, coaches, staff and fans."

The 2025 NCAA Men's and Women's Golf National Championships will be hosted by Texas at the Omni La Costa Resort & Spa in Carlsbad, Calif.

The NCAA received more than 3,000 bid submissions from NCAA member schools, conferences, sports commissions and cities vying to host predetermined rounds for 86 of the NCAA's 90 championships. The sites were selected by the respective NCAA sports committees and approved by the divisional competition oversight and championships committees.

"The response of our membership, host cities and local organizing committees to this process was tremendous," said Joni Comstock, NCAA senior vice president of championships. "Thanks to their commitment, we are excited that our student-athletes will play in some of the top locations and venues in the United States."

Forty-three states plus the District of Columbia were selected to host at least one NCAA championship event, with California garnering the most, with 34. Texas was second with 30, while North Carolina totaled 28, followed by Pennsylvania with 27 and Ohio with 25.

This was the first time the site selection process has been held since the NCAA changed its policy preventing states with legal wagering based on single-game betting from hosting its championships.

The Poplar Grove Golf Club is located in nearby Amherst, Va., and was the last golf course designed by Hall of Fame golfer Sam Snead when it opened in 2006. The 18-hole golf course is in the process of completing a $3 million redesign project that includes all new bunkers, on-course comfort stations and a tree clearing process that allows golfers to enjoy the views of the Blue Ridge Mountains. The course has hosted multiple professional, NCAA Division I and amateur competitions and has been recognized as among the Top 10 courses in Virginia.