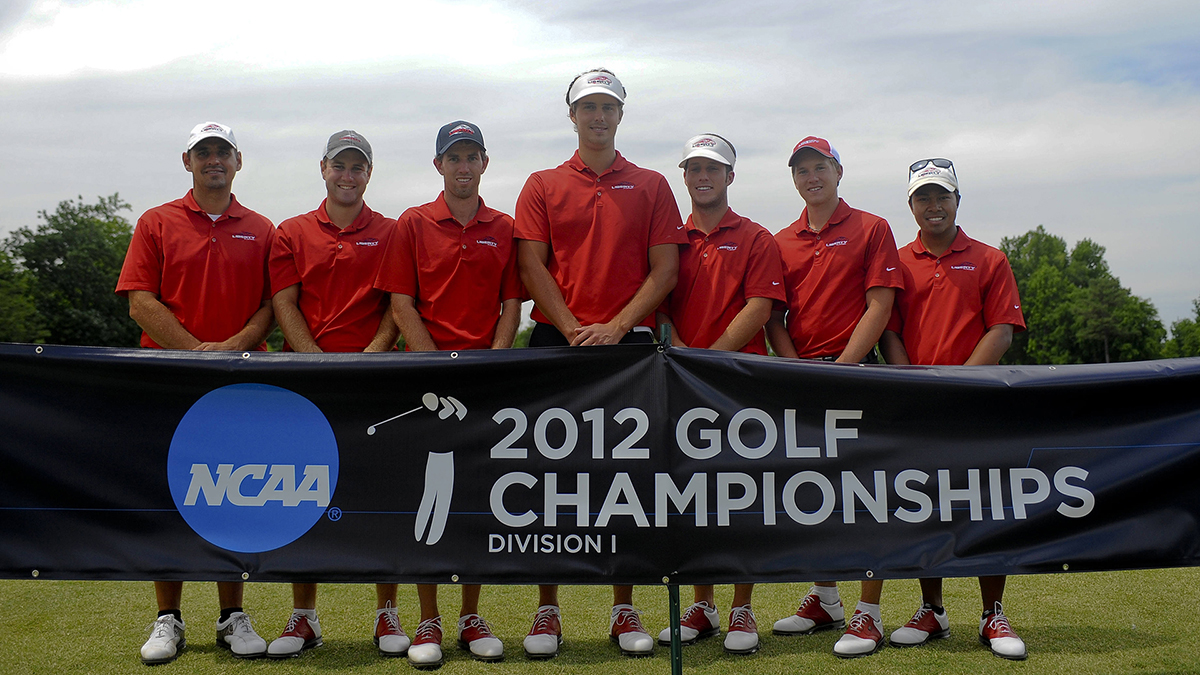 The 2011-12 team, which made its first-ever appearance at the NCAA Men's Golf Championship, was recognized as Liberty's top men's golf team by the ASUN Conference.

In conjunction with the institution's sports information office, the ASUN Conference has announced each member school's top team in men's golf program history.

The Flames made the most of their inaugural appearance at the NCAA Men's Golf Championship, finishing 10th place and one stroke out of advancing to the match play portion of the national championship.

Liberty fired a 24-over par 876 (295-288-293) at the famed Riviera Country Club in Pacific Palisades, Calif., finishing one shot behind Kent State and Florida at the 2012 national championship event.

Liberty won three tournaments during the 2011-12 season, including the River Landing Intercollegiate, the Big South Men's Golf Championship and the regional title at the NCAA Greensboro Regional to advance to the national championship.

Liberty's lineup during the 2011-12 season was comprised of Mathieu Fenasse, Robert Karlsson, Niklas Lindstrom, Chase Marinell and Ian McConnell. The team finished the season ranked No. 21 in the final Golfstat rankings and No. 28 in the year-ending Golfweek rankings.

The Flames made their second appearance in program history at the national championship during the 2018-19 season, finishing in 20th place. Liberty earned an at-large berth into the NCAA Regionals where they finished in fifth place and were ranked No. 22/21 (Golfstat/Golfweek).

The 2019-20 squad opened the COVID-19 shortened season with a victory at the Island Resort Intercollegiate and was ranked No. 30/32 (Golfstat/Golfweek) when the season was halted in March. Jonathan Yaun and Kieran Vincent each earned All-America honors, marking the first time in program history Liberty has multiple All-Americans in the same season.