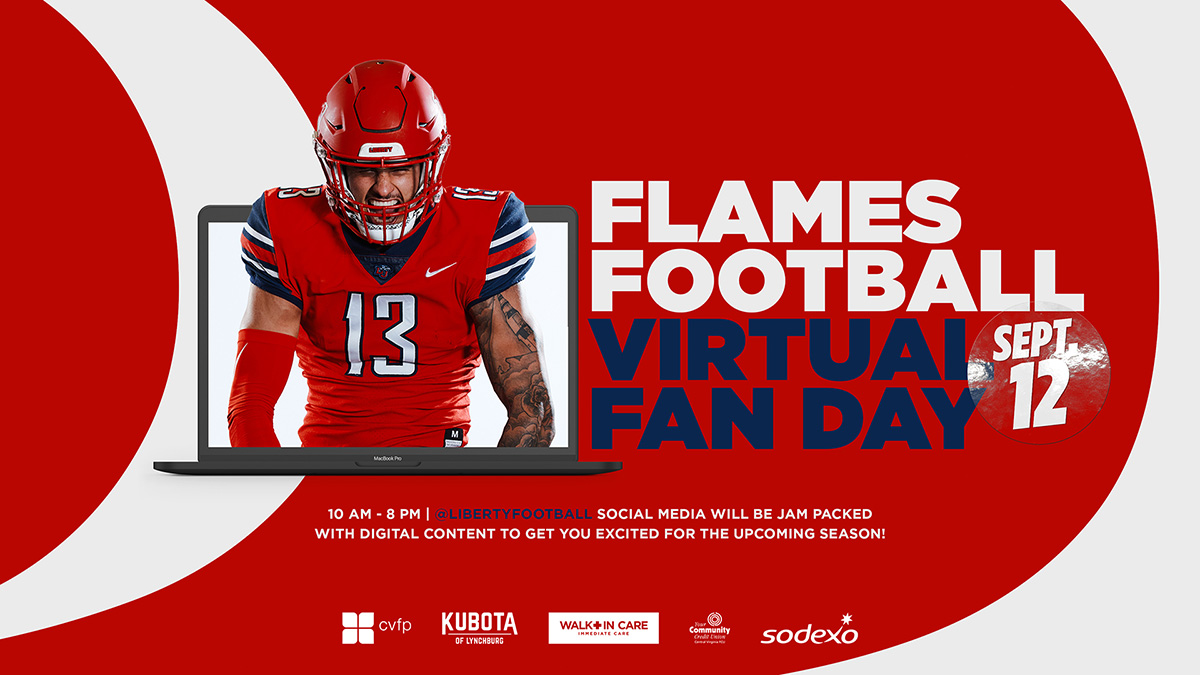 The Flames Football Virtual Fan Day will give Liberty's supporters the inside access they are accustomed to getting during Liberty's traditional Flames Fan Fest events without having to leave the comforts of their own homes.

The virtual event will begin at 10 a.m. on September 12 and run throughout the day on the Liberty Football social media accounts until its conclusion at 8 p.m.

Throughout the action packed day, the Liberty Football Instagram, Facebook and Twitter social media accounts will be loaded with high-quality and interactive content that will be sure to get you pumped for the upcoming season.

At the top of each hour, one lucky Flames Nation member who follows @LibertyFootball on Facebook and Twitter will win a Liberty Flames t-shirt as part of a "virtual t-shirt toss."

During the middle part of the day, the virtual event will give fans a taste of game day, providing them inside access to Liberty's final Saturday afternoon practice before its season opener at Western Kentucky on September 19.

The day-long event will conclude with one fan who follows @LibertyFootball on Instagram winning the day's grand prize – an autographed football by Liberty Head Football Coach Hugh Freeze.

For more information about this event, contact Alan York, "Voice of the Flames," by email at ayork@liberty.edu or on Twitter @LUFamesVoice today.