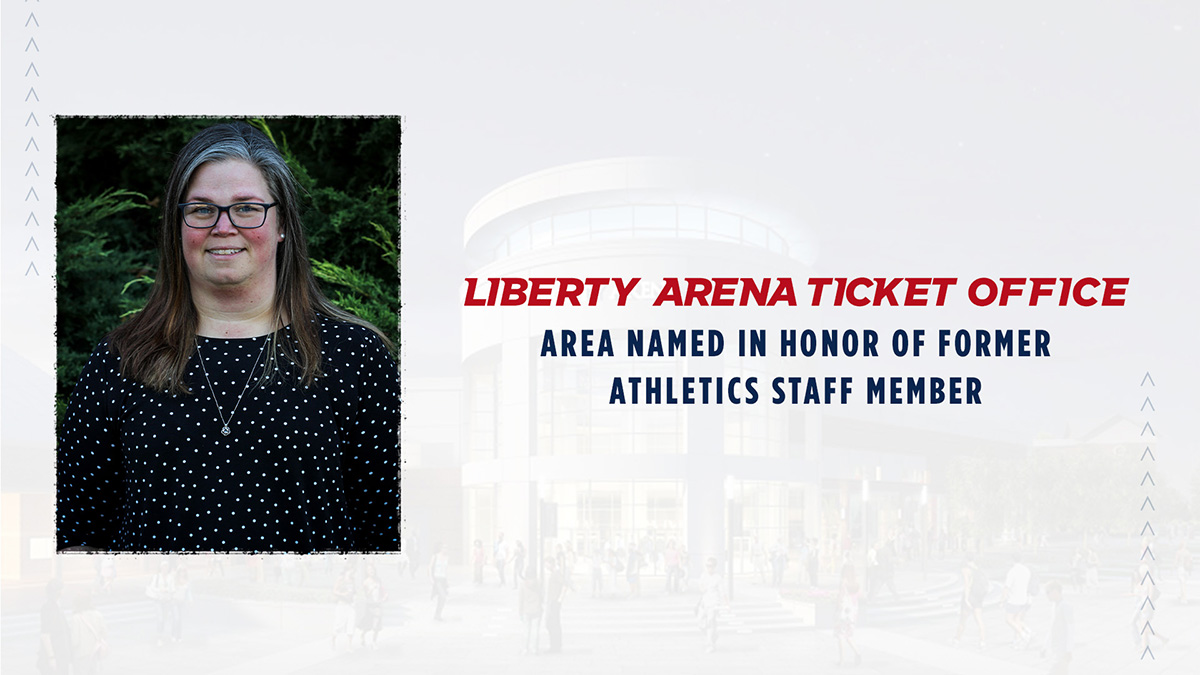 The giving effort's goal was to raise enough funds to name the Ticket Office at the new Liberty Arena in memory of their former boss, co-worker and dear friend.

The group initially set of goal of raising $5,000 to cover the naming rights to the ticket office in the new Liberty Arena.

Because of the impact Hutchinson had on Flames Nation and those she lovingly interacted with during a Liberty Athletics game day, the goal was quickly reached within a 30-hour period. Ultimately, a total of $10,100 was raised thanks to the generosity of over 120 donations.

"Anna was the pure definition of a servant leader. During her time at Liberty, she impacted so many lives," commented Rider. "There are dozens of people now working in Athletics or the Live Event Industry that got their start under Anna. She gave a chance to many of us and then allowed us to grow in our positions.

"While nothing can ever replace who she was in our lives, we are thankful that the staff who will work in the Whitehurst Ticket Office at Liberty Arena will get a chance to carry on her legacy by providing all those who come to it with a smile and a laugh."

Hutchinson was a 2002 graduate of NC State where she earned a Bachelor of Science degree in sport management and a minor in business.

In 2009, Hutchinson planned and executed the creation of a centralized university ticket office that now, in addition to athletics ticket sales, facilitates ticketing for all university events including concerts, theatre performances, club sporting events and many more.

Hutchinson transitioned from overseeing Liberty Athletics ticketing efforts in May 2018 and proudly served the greater Liberty University community as a member of the Analytics Decision Support team in the IT department for two years before her sudden passing.

Legacy Gifts
Legacy Gifts to Liberty Athletics provide the opportunity to honor a loved one or demonstrate a family or individual's commitment to supporting the Flames. Legacy Gifts are tax deductible (see your tax advisory) and support the mission of Training Champions for Christ. To learn more about Legacy Gifts, please contact the Flames Club at (434) 582-CLUB (2582) or visit www.LibertyFlames.com/LegacyGiving.