Flames Maintain 3 Plus One Games with ACC Foes 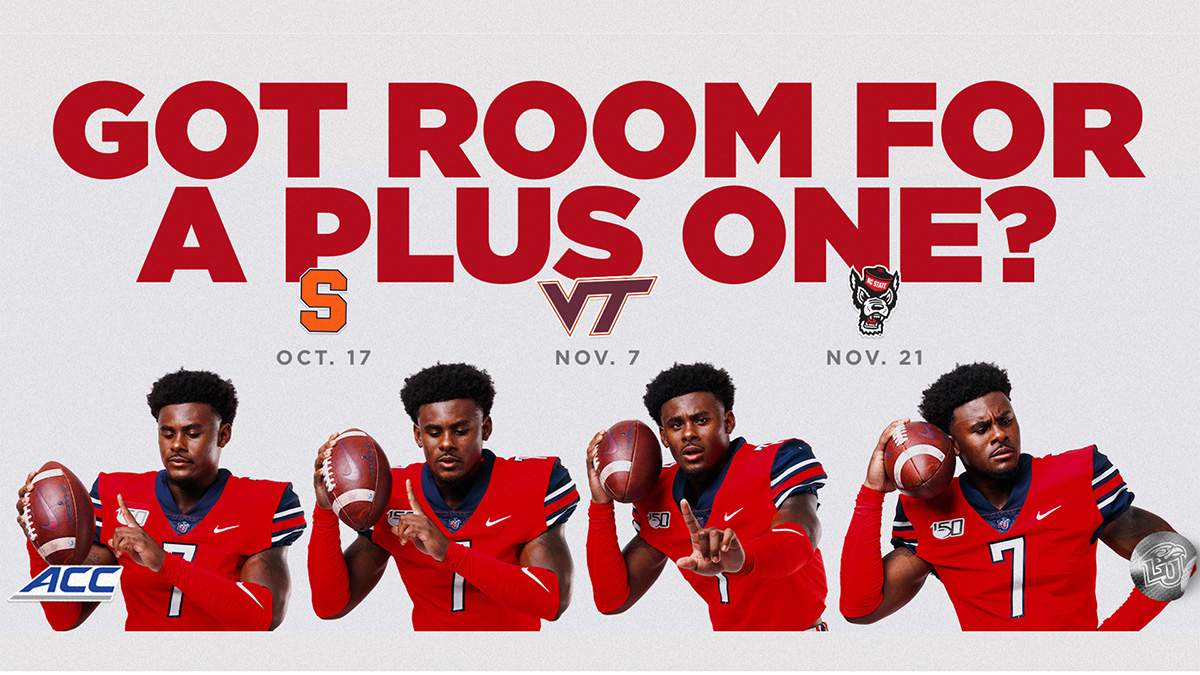 The Atlantic Coast Conference office announced its revised 2020 football schedules this morning, which included news Liberty maintained all three of its matchups against its previously scheduled ACC opponents.

The Flames will still travel to Syracuse on Oct. 17 and NC State on Nov. 21. Liberty's matchup against in-state foe Virginia Tech has been moved from Sept. 5 to Nov. 7, keeping in line with the ACC's newly announced protocols for the 2020 season.

On July 29, the ACC announced it would allow its conference members to play their first game of the season during the week of Sept. 7-12.

Additionally, ACC schools would play a 10-game conference schedule, and would be allowed to play a "Plus One" non-conference opponent.

With today's announcement, Liberty currently has 11 games on its 2020 schedule. The Flames lost their first opponent of the season to the COVID-19 pandemic when UConn announced on Wednesday its football program would not compete in 2020. Liberty and UConn were scheduled to play in East Hartford, Conn. on Oct. 31.

Stay tuned to LibertyFlames.com and Liberty Flames social media accounts in the near future for more scheduling information.