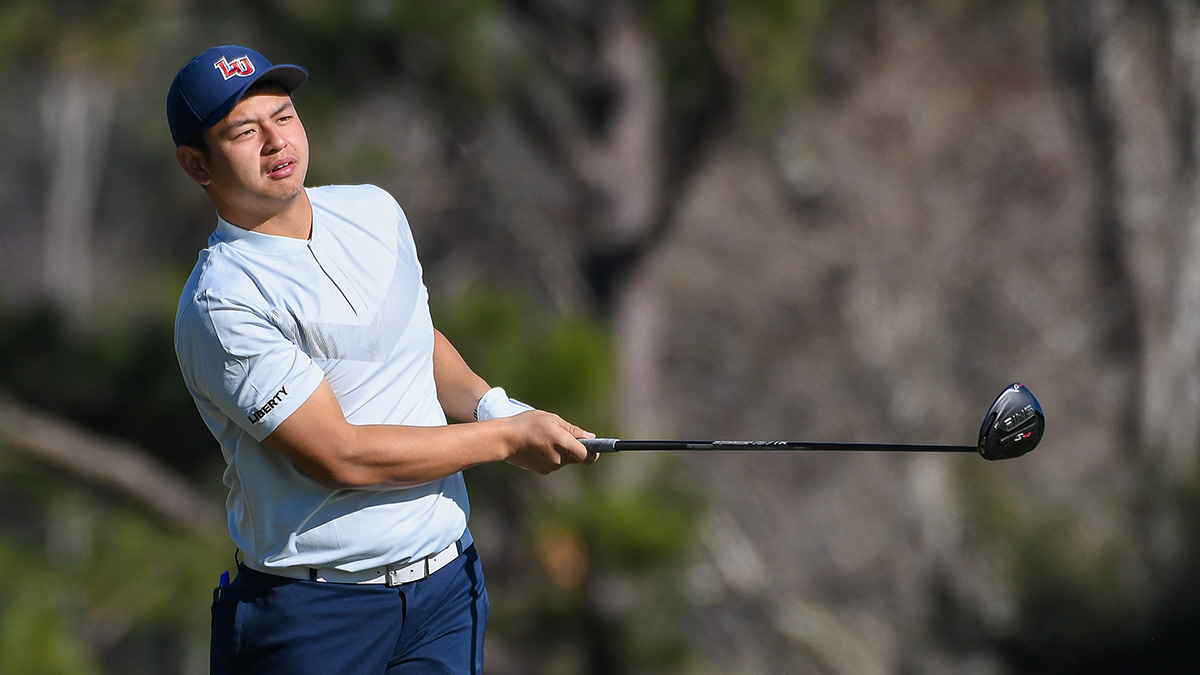 Thanks to two stellar seasons in the ASUN Conference, Liberty's Ervin Chang was one of 20 student-athletes named to the 2011-20 ASUN Men's Golf All-Decade team, as announced by the conference office.

Throughout the month of July, the ASUN will be recognizing each sport's top student-athletes from the recently completed decade. Liberty spent the final year and a half of the decade as a conference member after joining the ASUN on July 1, 2018.

The Flames have quickly made their presence known in the ASUN Conference, as eight different Liberty squads have won at least one ASUN team title over the last two years. Liberty captured the 2018-19 Bill Bibb Trophy, which is awarded to the ASUN Conference institution with the top overall athletic program.

During his first season in the ASUN, Chang was named the 2019 ASUN Men's Golf Scholar-Athlete of the Year, as well as earning a selection to the ASUN All-Academic team the last two seasons.

The native of Kuala Lumpur, Malaysia, has been named to the ASUN Men's Golf All-Conference team each of the last two seasons.

He finished the 2018-19 season with a 71.71 season stroke average and was a GCAA All-America selection after posting eight top 10 finishes.

Chang, who plans to return to Liberty for a fifth season of competition in 2020-21, holds a 72.62 career stroke average and leads the Flames with 18 career top-10 finishes.

To be named to the ASUN Conference All-Decade Team an individual must have competed for at least two years in the decade as an ASUN student-athlete.