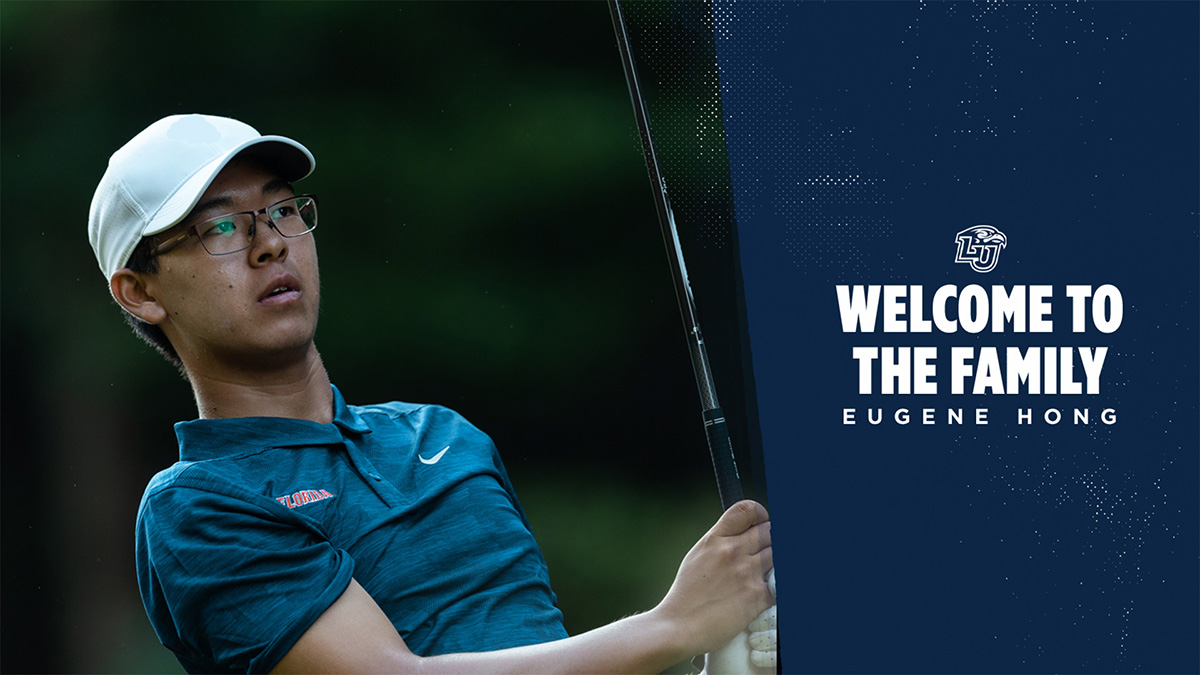 Former Florida Gator and three-time AJGA and Rolex Junior All-American Eugene Hong has been added to the men's golf roster for the 2020-21 season.

Former Florida Gator and three-time AJGA and Rolex Junior All-American Eugene Hong has been added to the men's golf roster for the 2020-21 season.

Hong played two seasons at Florida before transferring to Liberty, where he will have two years of remaining eligibility. He posted a 76.67 season stroke average in two events during his sophomore season. He appeared in the Gators' lineup nine times as a freshman, finishing the 2018-19 season with a 73.40 stroke average.

During his rookie collegiate season, Hong had a pair of top-15 finishes, 65 birdies and two eagles. He made a pair of postseason appearances for Florida at the SEC Championship and the NCAA Regionals.

Hong's best collegiate result came during his freshman season where he finished tied for 12th at the Gator Invitational with an even par 210 (74-69-67). He helped Florida to a runner-up showing in its home event, where the Gators finished two strokes ahead of the Flames, who came in third place.

The native of Sanford, Fla., graduated from Circle Christian High School in Winter Park, Fla. He helped the homeschool organization win the 2015 and 2017 FHSAA Class 1A State Championship.

Hong was the recipient of the 2017 Byron Nelson International Junior Golf Award and named as 2017 ALL-USA Boys Golfer of the Year by USA TODAY.