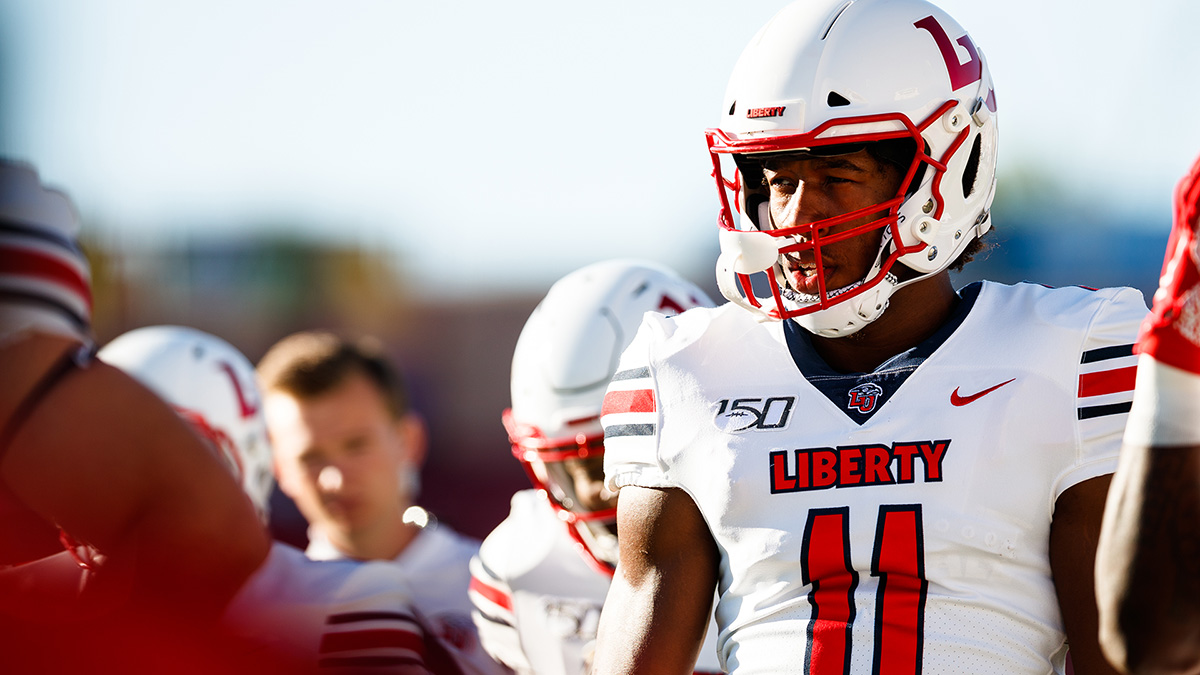 Former Liberty Flames standout wide receiver Antonio Gandy-Golden became the eighth player in program history to be selected in the NFL Draft when the Washington Redskins.

Former Liberty Flames standout wide receiver Antonio Gandy-Golden became the eighth player in program history to be selected in the NFL Draft when the Washington Redskins picked him in the fourth round, earlier today.

Gandy-Golden was the 142nd overall pick in the 2020 NFL Draft and is the first Flame selected in the draft since Walt Aikens was taken in the fourth round in 2014.

Gandy-Golden becomes the third player in program history to be selected in the fourth round of the NFL Draft.

Wide receiver Kelvin Edwards was selected in the fourth round in 1986 by New Orleans Saints with the 88th overall pick. The Liberty Athletics Hall of Fame selection played three seasons in the NFL (New Orleans – 1986; Dallas Cowboys – 1987-88).

Aikens was selected by the Miami Dolphins in the fourth round of the 2014 NFL Draft with the 125th overall pick. The cornerback and special teams standout played for the Dolphins the last six seasons (2014-19).

The Flames' top NFL Draft pick was Eric Green, who was selected in the first round (21st pick) by the Pittsburgh Steelers in 1990.

The NFL Draft selection is the latest in a long line of honors for the native of Dallas, Ga. The wide receiver was a semifinalist for the 2019 Biletnikoff Award, was named the Offensive End of the Year honoree by the Touchdown Club of Richmond and garnered a spot on the 2019 Phil Steele All-America honorable mention team.

To help NFL scouts evaluate Gandy-Golden's talent, the wide receiver was invited to the 2020 Reese's Senior Bowl in January and the 2020 NFL Combine in February.