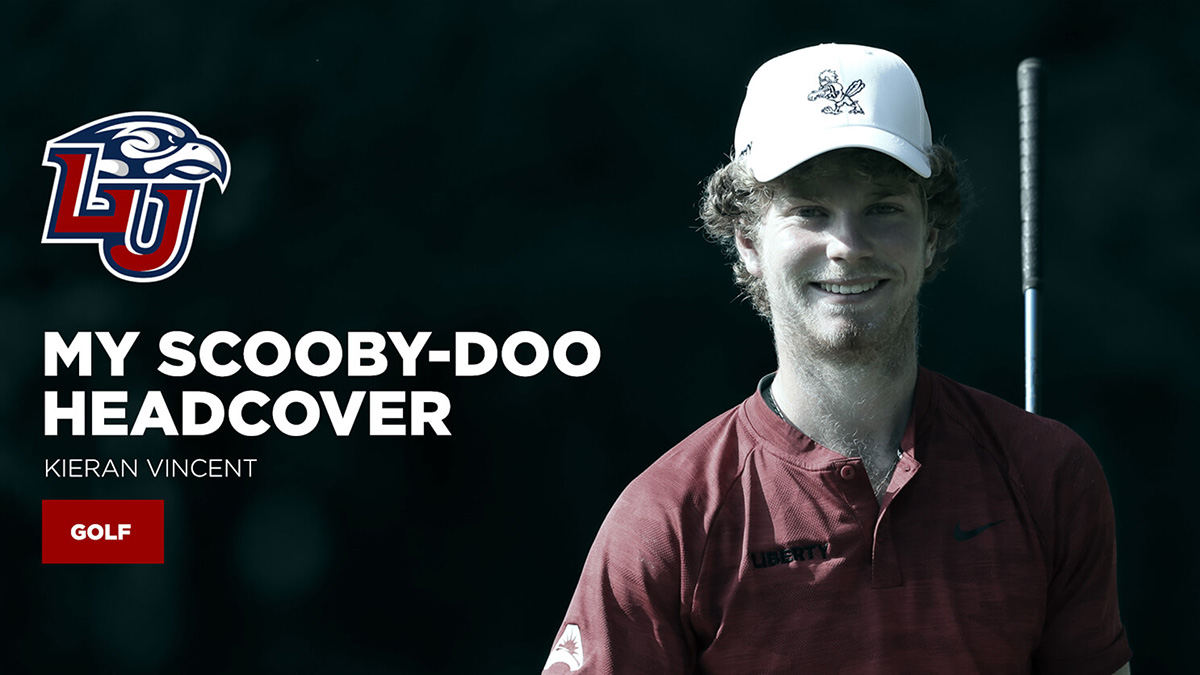 It's always good to remember to have a little fun.

So many things in life are taken way too seriously. And, while I believe there's a time to be serious, I never want to forget my "why."

From the moment I swung my first club, this sport has always brought me so much joy.

See, it's easy to get wrapped up in the competitiveness and forget about the reasons you got into a sport initially.

When that starts to happen in my life, my Scooby-Doo club head cover is there to remind me that I'm playing golf because it's fun.

I got the cover when I turned 16 – it was a birthday present from my parents and has been on my club ever since.

Sure, it's just a head cover. But to me, it serves as a little reminder of why I fell in love with the sport in the first place.

I got my very first clubs when I was about three years old.

My brother, who is five years older than me, was already big into golf by the time I started playing. Watching his career has helped me pave my path.

As a teen, he'd go all over the world, competing in events.

To me, this looked like a ton of fun.

I loved the idea of traveling and playing in fun places as well.

I looked up to my brother and was inspired by what he was accomplishing.

So, I followed in his footsteps and with time, I also started going to tournaments all over the world.

I even traveled to countries like Japan and the United States. For a kid from Zimbabwe, those experiences were unreal.

My passion for travelling and seeing new places has propelled my golf career, but when it was time to leave for college, and move away from home, it was a struggle at first.

My brother went to play college golf for Virginia Tech when I was about 12.

I hadn't known or cared much about college, but when he'd come back and share his experiences, I knew I wanted to pursue something similar.

A few years later, my brother encouraged me to start putting my accomplishments and resume out to coaches and schools.

After having reached out to 40 or 50 schools, only a handful got back to me.

Thankfully, Liberty was among those that did.

In late 2014, I went over to visit my brother and also took a tour of Liberty.

From the get-go, I was really amazed by the facilities and overall resources college athletes have access to. It was just such a different world.

And shortly after, during a tournament in Miami, I received the official offer to play golf at Liberty.

It was a difficult decision. Moving away from home was a big step.

So, naturally, I was nervous, not going to lie.

But, I couldn't pass up the opportunity, so I committed.

As time went on, though, it was clear I made the right choice.

At first, I missed my family terribly. It's one thing not to have your parents around for a week or so when you play a tournament, but being gone for four or five months in a row is a whole different beast.

However, my teammates and roommates helped with the difficulties.

They eased me into college life and made me feel welcome in what was a foreign place to me.

It's still not always easy being gone, but having close friends does make it feel more like home.

Another thing that really helped with some of the homesickness was the success I saw on the course.

It was a difficult decision. Moving away from home was a big step. So, naturally, I was nervous, not going to lie. But, I couldn't pass up the opportunity, so I committed.

My college career started with a tournament win. It doesn't get much better than that, right?

Initially, I was just happy to be participating in the tournament.

But, pretty quickly, it turned into a competitive, shocking performance that I'll always remember.

Everything went right, and my teammates and coaches were so incredibly supportive.

It's easily my favorite memory of college so far.

However, as that year went on, and while I did have success, I started to struggle with back pain. My back has always been troubling me a bit but this time around, it was different.

I tried pushing through some tournaments, but it kept getting worse and worse.

Over the summer, I went home to Zimbabwe and focused on getting healthy.

We tried everything, and nothing worked. Trainers, doctors, chiropractors, specialists – nobody could figure out what was going on. It was frustrating not knowing the cause of my pain.

But regardless, I couldn't be more thankful for everyone's support through these testing times.

Without supportive and courageous people around me, this whole process would not have gone as smoothly as it has. So, thank you all.

In the end, my injury meant I had to redshirt my sophomore year, which was a real blow to me. I felt hopeless. I was unable to play but also unable to practice or be with my team. It was a terrible time for me, personally.

As time continued, though, my outlook changed. I reshaped my view on the situation and realized I can still help my team. My role was just going to be different. I could still encourage the guys and help them with technical things.

This was an important moment in my collegiate career as it helped me cope with my stress and frustrations.

Eventually, my back started to feel better, and I was able to get back out there. And boy, what a great feeling that was.

Unfortunately, this wasn't the only injury to hamper my journey.

This last year, I broke my wrist. And as you can imagine, that meant no golfing once again.

As discouraging as this diagnosis was, I at least knew what the problem was and knew how long I'd have to sit out.

I've learned a lot from my time at Liberty, as well as from my injuries.

In everything, you have to look at things from the bright side.

For me, and that'll never change, golf is all about fun.

And in those moments I tend to forget, I'm glad I have a Scooby-Doo club head cover to remind me.