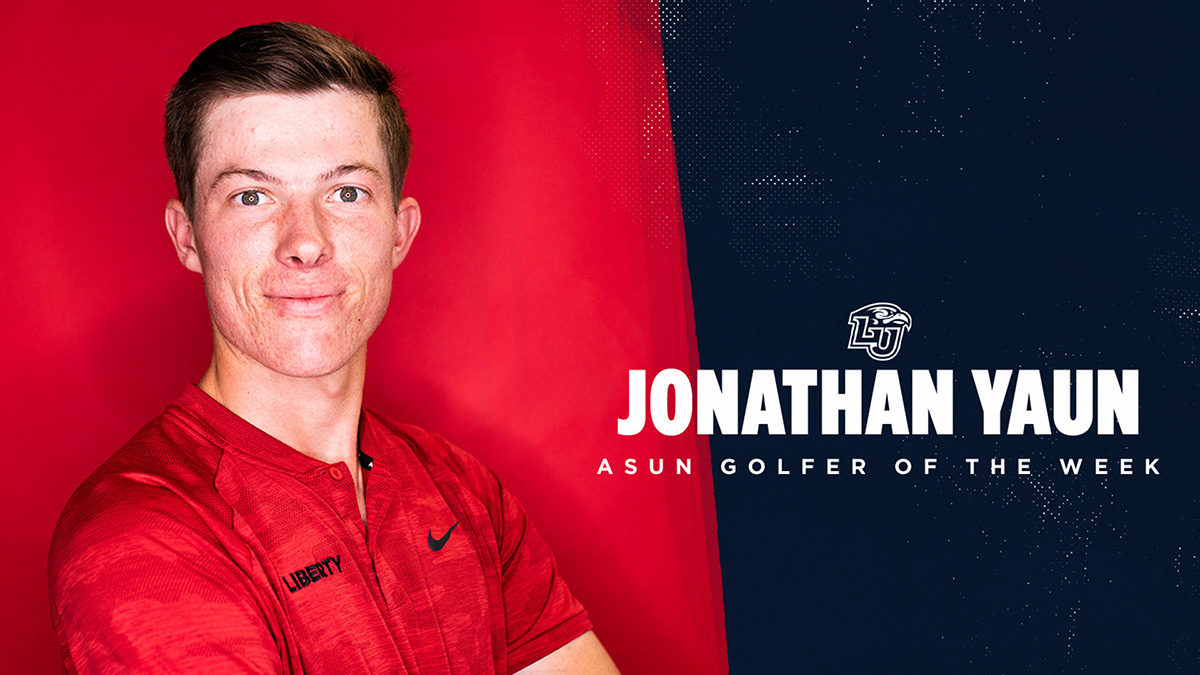 Following a runner-up finish at last weekend's Seminole Intercollegiate, Liberty's Jonathan Yaun has been named the ASUN Men's Golfer of the Week.

Following three-straight events in his home state, the native of Minneola, Fla., now leads the Flames on the season with a 70.63 season stroke average. He has posted three top-10 finishes in eight events during the 2019-20 season.

The sophomore has posted a par or better score during his last five events and has played his last 15 rounds of golf at a scoring average of 69.3.