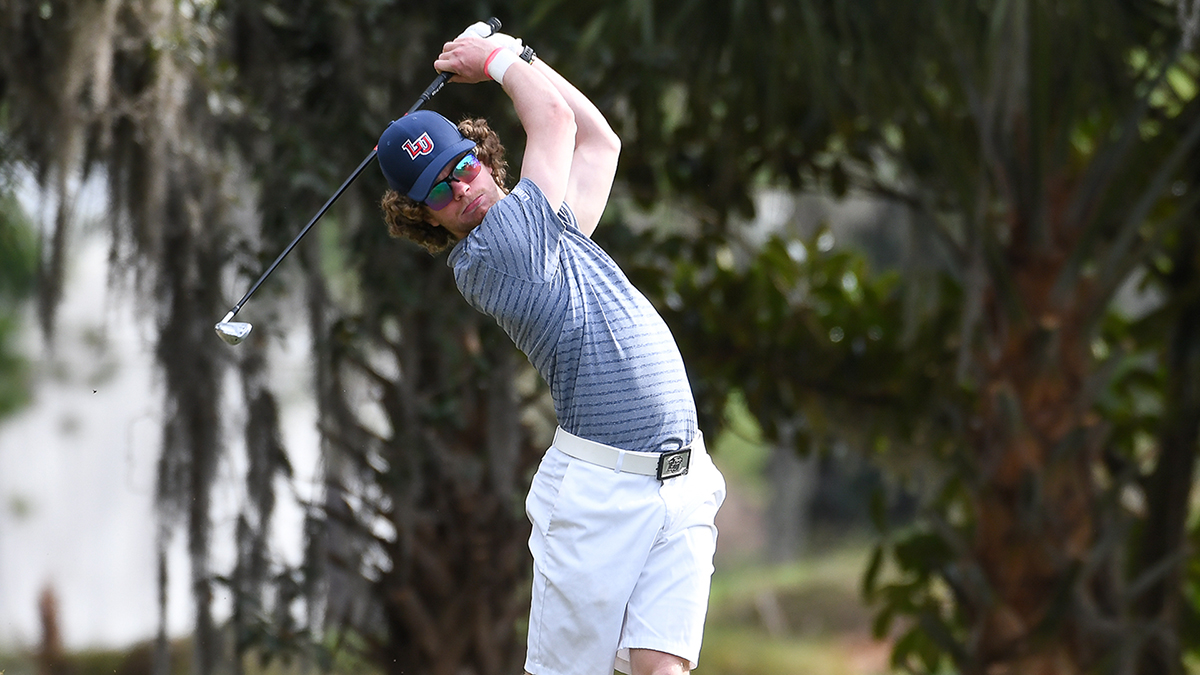 No. 33 Liberty will play its third of three-straight tournaments in the "Sunshine State" this weekend when the Flames participate in the Seminole Intercollegiate.

The two-event is hosted by Florida State at the Golden Eagle Country Club (par 72, 6,965 yards), the home course for the Seminoles. The tournament, now in its 44th season, was first hosted during the 1969-70 season.

The Golden Eagle Country Club will host the Seminole Intercollegiate for the third-consecutive year. The course also hosted a NCAA Regional in 2013.

The 2020 Seminole Intercollegiate starts play on Saturday where the 14-team field will play 36 continuous holes with a shotgun start at 8 a.m. The 18-hole final round will be played on Sunday, with golfers going off the No. 1 and No. 10 tees starting at 7:30 a.m.

From the 18th Green – Recapping Liberty's Last Time Out
• The Flames are coming off a fifth-place finish at last weekend's SunTrust Gator Invitational, posting a 15-over par 855 (289-287-279) at the Mark Bostick Golf Course in Gainesville, Fla.
• With the Flames' fifth-place finish, Liberty posted its second-best finish in nine-straight appearances at this event.
• Prior to last year's third-place showing, Liberty's best finish at the Florida tournament was a sixth-place finish in 2012, 2016 and 2018.
• Liberty finished ahead of two other ASUN Conference teams: North Florida finished in 10th place with a 26-over par 866 (290-291-285) and Jacksonville finished in 12th place with a 31-over par 871 (295-289-287).
• Liberty's Jonathan Yaun was one of eight players in the 84-man field to finish the event with an under-par final score.
• Yaun paced the way for the Flames, finishing in seventh place with a 2-under par 208 (70-71-67) for his fourth career top-10 finish.
• Kieran Vincent, who is ranked No. 89 in the country, carded four birdies during his last nine holes to help him finish tied for 10th place with a 1-over par 211 (70-72-69).

Birdies and Bogeys – Liberty Team Notes
• Following the fifth-place finish at the SunTrust Gator Invitational, last weekend, Liberty's Golfstat national ranking moved down four spots to No. 33.
• The Seminole Intercollegiate will allow Liberty to see three other ASUN opponents – Jacksonville, North Alabama and North Florida.
• The Flames have seen Jacksonville and North Florida during both of their first two events to open the spring season, finishing ahead of both schools in those events.
• As a team, Liberty finished the fall season with a 284.0 stroke average, the second-best fall team stroke average in school history.
• Four out of Liberty's starting five golfers finished the fall season with an individual stroke average below 72.0.
• Liberty enters the spring portion of its 2019-20 schedule looking to make its ninth trip to the NCAA Regionals in the last 10 years.