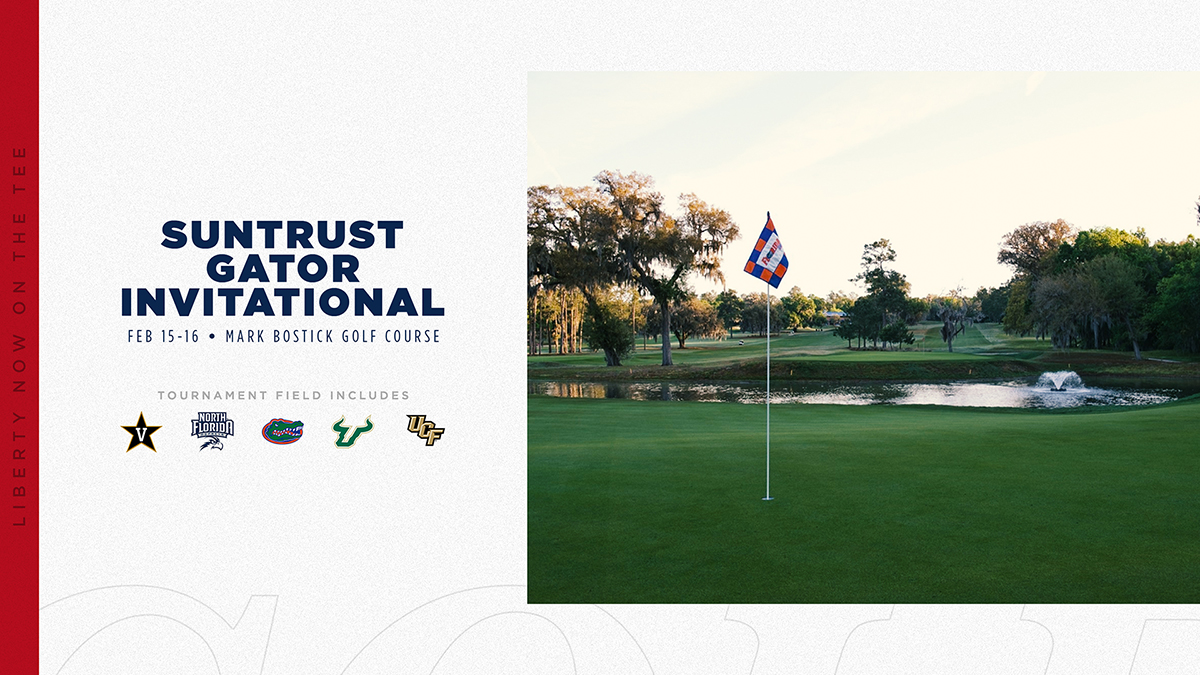 Following a successful beginning to the spring schedule, No. 29 Liberty returns to the "Sunshine State" this weekend to participate in the 2020 SunTrust Gator Invitational.

Following a successful beginning to the spring schedule, No. 29 Liberty returns to the "Sunshine State" this weekend to participate in the 2020 SunTrust Gator Invitational.

The tournament is hosted by Florida on the Gator's home course, the Mark Bostick Golf Course (par 70, 6,701 yards) in Gainesville, Fla. The course has been Florida's home golf course since the 1960s and has hosted the Gator Invitational since 1978.

The 2020 SunTrust Gator Invitational starts play on Saturday where the 15-team field will play 36 continuous holes with a shotgun start at 8 a.m. The 18-hole final round will be played on Sunday, with golfers going off the No. 1 and No. 10 tees between 8 and 10 a.m.

Birdies and Bogeys – Liberty Team Notes
• Following the third-place finish at the Sea Best Invitational, Liberty's Golfstat national ranking moved up four spots to No. 29.
• As a team, Liberty finished the fall season with a 284.0 stroke average, the second-best fall team stroke average in school history.
• Four out of Liberty's starting five golfers finished the fall season with an individual stroke average below 72.0.
• Liberty enters the spring portion of its 2019-20 schedule looking to make its ninth trip to the NCAA Regionals in the last 10 years.