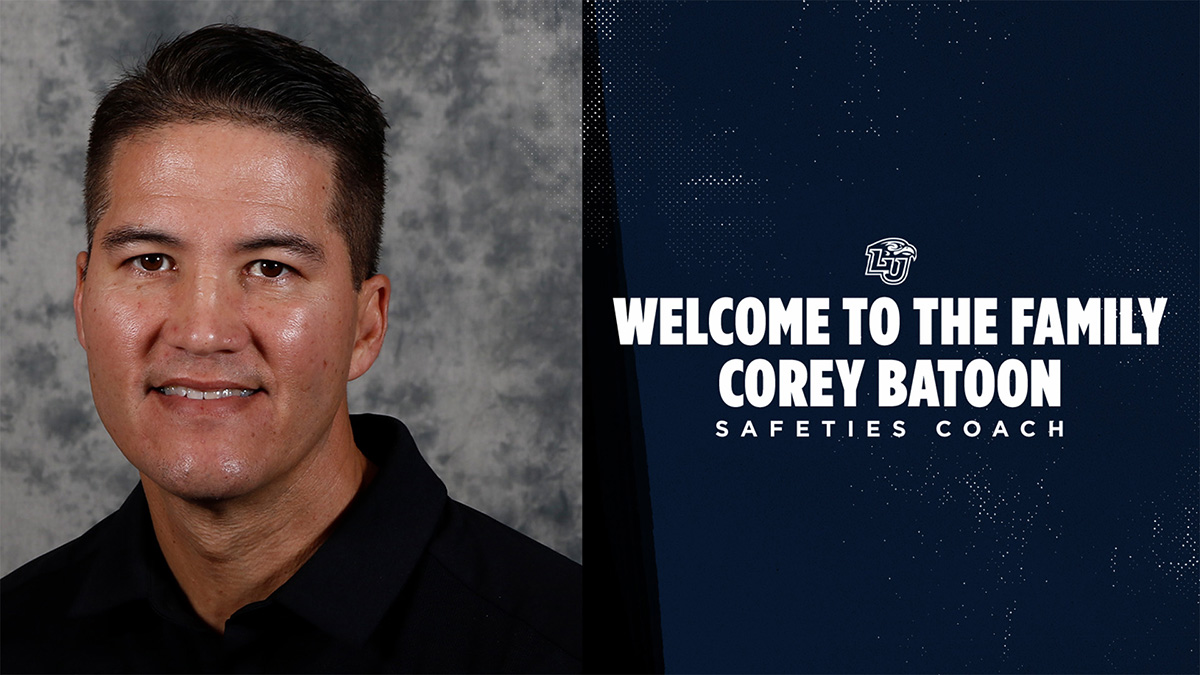 Batoon is no stranger to working under Freeze, as he previously worked with him at both Ole Miss and Arkansas State.

Batoon joined the staff at Arkansas State in 2009 working with the defensive backs and special teams for three seasons (2009-11). Freeze joined the Red Wolves' staff in 2010 as offensive coordinator in 2010 before assuming the head coaching position in 2011.

During Batoon's first season with the Red Wolves, Arkansas State's secondary led the Sun Belt Conference in total defense and ranked No. 2 in passing defense. Two years later, Batoon played a part in helping Arkansas State to the first 10-win season in program history and an invitation to the GoDaddy.com Bowl.

Batoon followed Freeze to Ole Miss, working under Liberty's current head coach for five seasons (2012-16). He joined the staff as the Assistant AD for Player Development in 2012 and served as Assistant AD for Recruiting Operations in 2013 and 2014.

Batoon was promoted to special teams coordinator and safeties coach at Ole Miss in 2015, serving in this role for two seasons (2015-16).

Prior to joining the staff at Hawaii, Batoon helped Florida Atlantic to one of the nation's top turnarounds with an 11-3 record in 2017, a Conference USA championship and a win in the Boca Raton Bowl over Akron.

Batoon instructed 42 student-athletes to all-conference honors 61 times and developed four NFL?players during his tenure. His defensive unit ranked among the top two units in the conference and top 20 in the country against the run three times, as well.

Batoon played at San Diego City Junior College (1986-87) before transferring to finishing out his collegiate playing career at Long Beach State (1988-89). He graduated from LBSU with a degree in political science in 1991, later earning a master's in health, physical education and recreation from Saint Mary's in 1996.

Born in Honolulu, Batoon and his wife, Stacy, have two daughters – Brandy and Summer.