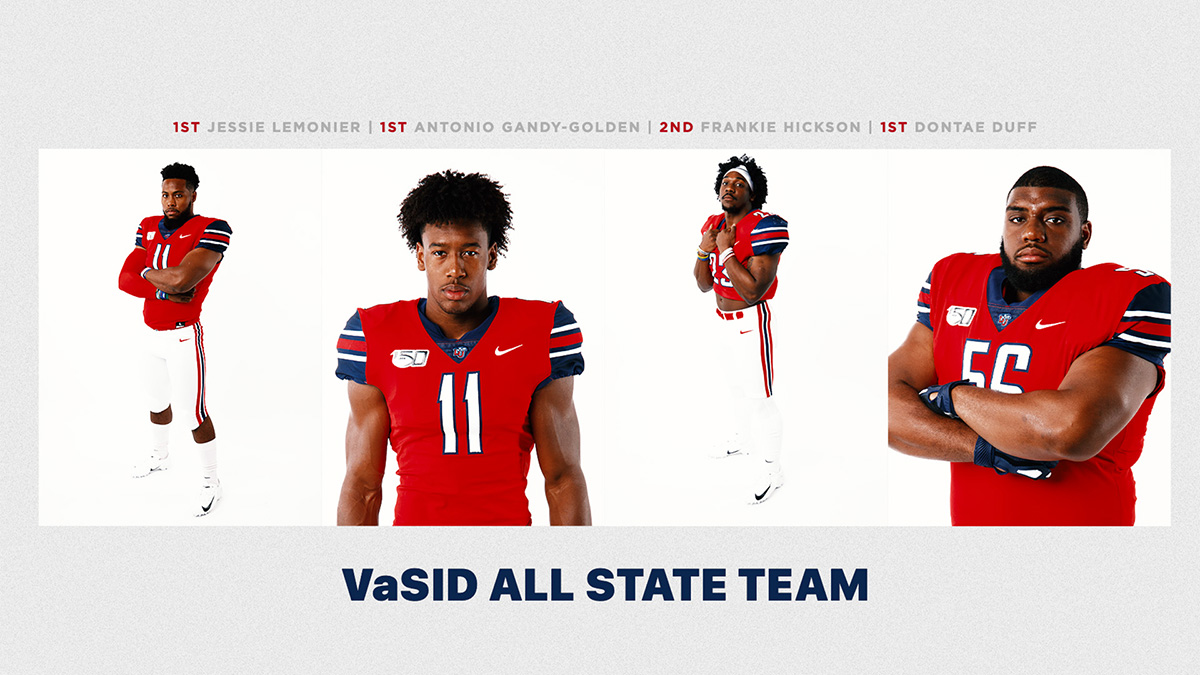 Four Liberty seniors have been honored for their final efforts with the Flames with their selection to the 2019 VaSID University Division All-State football team.

The quartet of players helped Liberty complete its transition to the FBS level during the 2019 season, which included the program's first-ever bowl game appearance and victory.

The Flames capped off the 2019 season with a 23-16 win over Georgia Southern in the FBC Mortgage Cure Bowl at Exploria Stadium in Orlando, Fla.

The all-state honors continue an award winning season for Gandy-Golden. The wide receiver was a semifinalist for the 2019 Biletnikoff Award, was named the Offensive End of the Year honoree by the Touchdown Club of Richmond and to the 2019 Phil Steele All-America honorable mention team.

Duff has been named to the VaSID all-state team all four years of his playing career – first team in 2017 and 2019; second team in 2016 and 2018. He stared all 47 games of his career at Liberty and provided protection for quarterback Stephen Calvert, who finished his career throwing for a program record 12,025 passing yards and 93 touchdowns.

Hickson is making his third career appearance on the all-state team, after earning first-team honors as a running back in 2018 and second-team specialist honors in 2016. Hickson became the fourth player in program history to rush for 1,000 yards in back-to-back seasons, finishing the 2019 campaign with a team-best 1,041 yards and 12 rushing touchdowns.