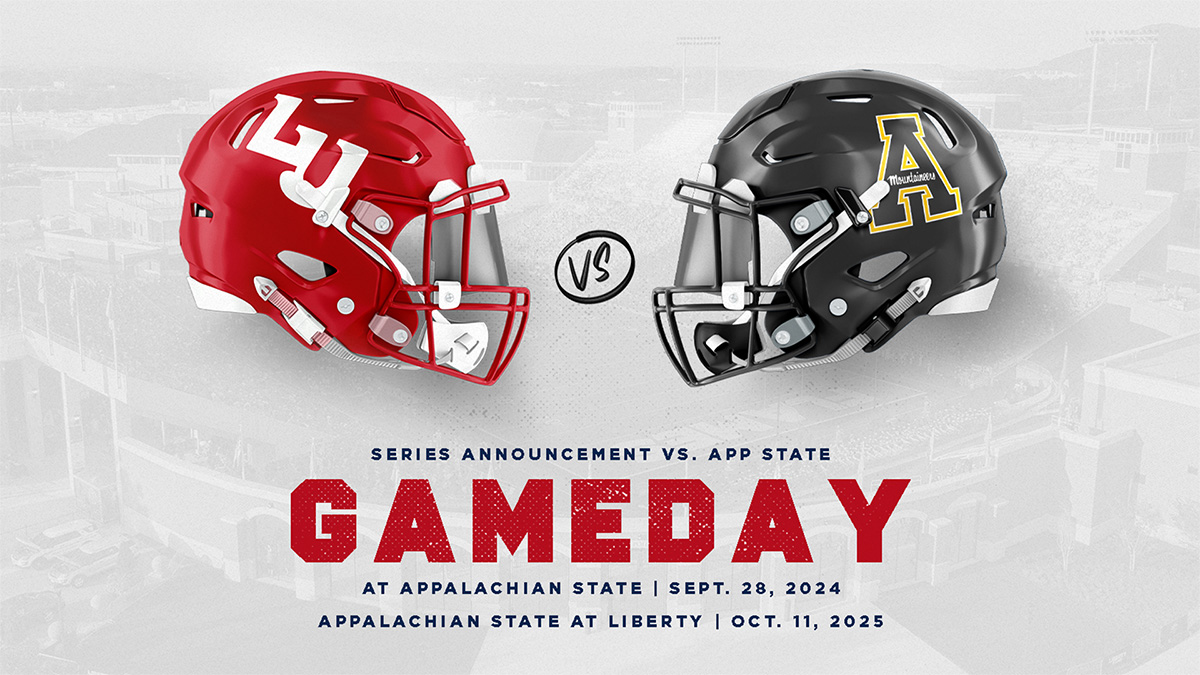 The Flames will travel to Boone, N.C., in 2024 for a road game on Sept. 28 before welcoming Appalachian State to Williams Stadium the following season on Oct. 11, 2025.

Liberty and Appalachian State have met on the football field 10 previous times with the Mountaineers leading the series, 7-3.

The Flames won the most recent meeting between the two teams with Liberty recording a 55-48 overtime victory at Kidd Brewer Stadium on Oct. 11, 2014. The win was one of four in Liberty's 30-year history as a FCS team over an FBS program, coming during Appalachian State's first year of the two-year FBS transition process.

The Flames will begin their quest for a second bowl game appearance when they open the 2020 season at Virginia Tech on Sept. 5. Liberty opens it six-game home schedule the following weekend when the Flames host North Carolina A&T at Williams Stadium on Sept. 12.

Season tickets for 2020 are now on sale at www.LibertyFlames.com/Tickets.