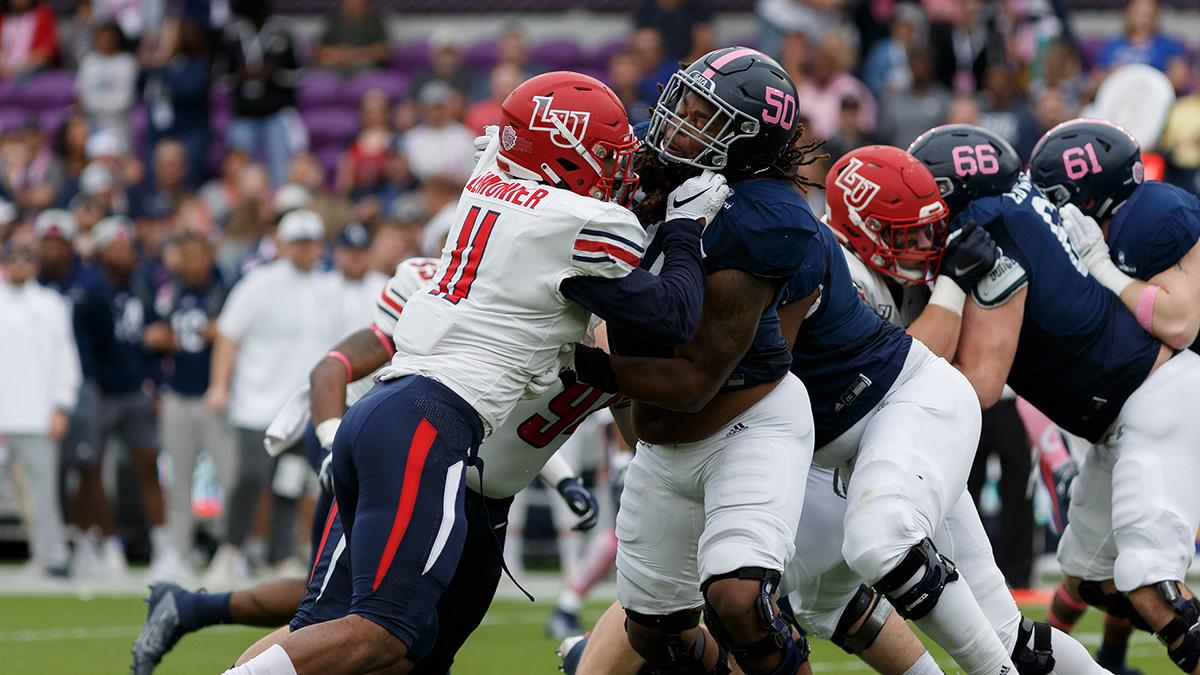 Accolades for Jessie Lemonier's performance in the Cure Bowl continue to come in as the he has been named to the Associated Press All-Bowl Team.

Accolades for Jessie Lemonier's performance in the 2019 FBC Mortgage Cure Bowl continue to come in as the defensive lineman has been named to the Associated Press All-Bowl Team.

Liberty's defensive effort held Georgia Southern to 154 rushing yards, a single rushing touchdown and three field goals in the victory. On the day, the Flames outgained the Eagles in total offense (402 to 249).