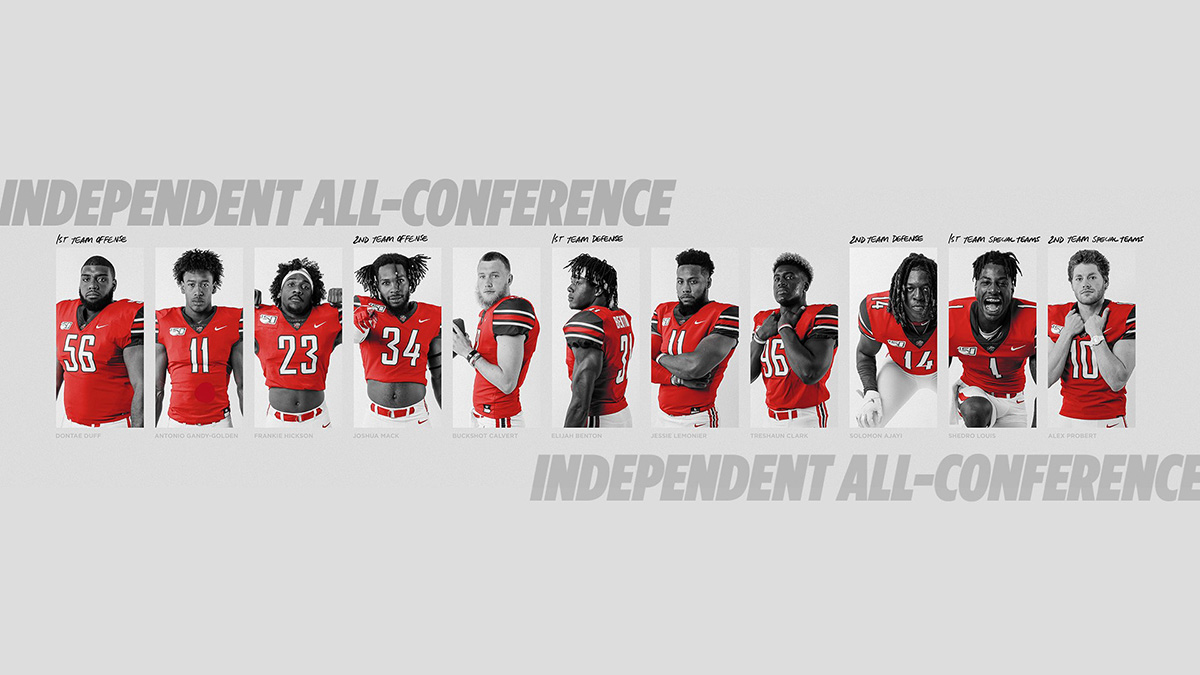 Liberty's Antonio Gandy-Golden, who finished his career as the best wide receiver in program history, has been named an All-American.

The All-America honor continues an award-winning season for Gandy-Golden. The wide receiver was a semifinalist for the 2019 Biletnikoff Award and named the Offensive End of the Year honoree by the Touchdown Club of Richmond.

Regarding the 2019 Phil Steele FBS Independent All-Conference teams, Liberty's 11 players were tied for second to Notre Dame on the independent all-conference listings. The Fightin' Irish place 16 players on the team, followed by 11 selections for both Liberty and Army.