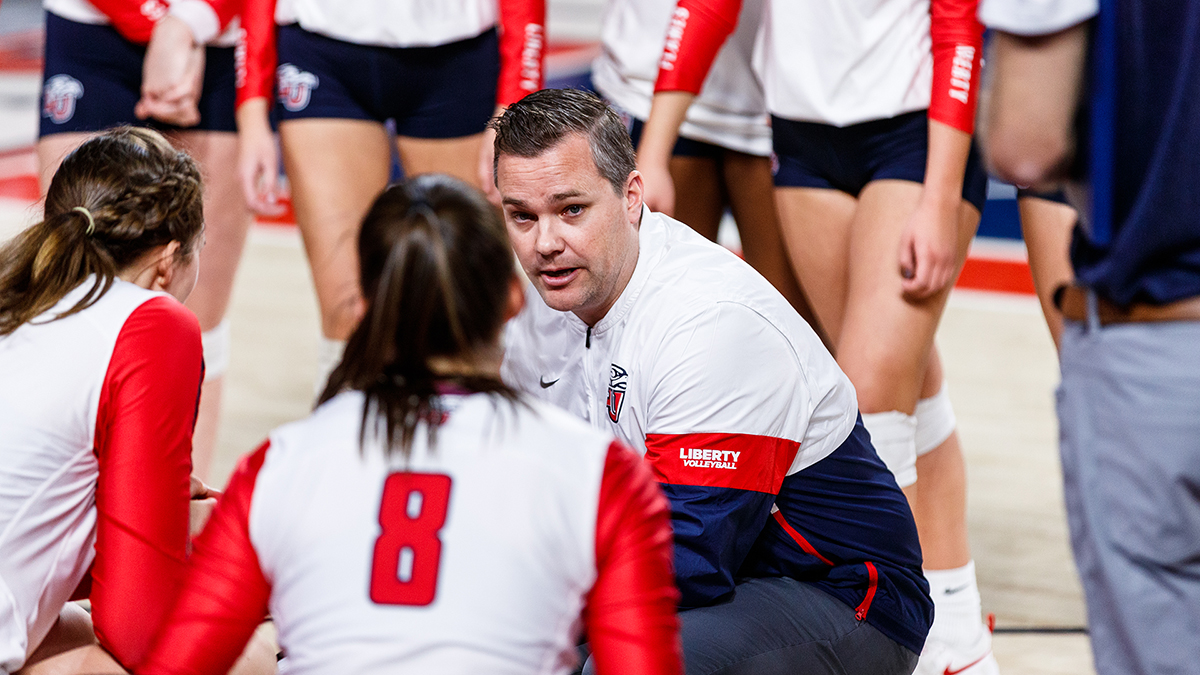 Trevor Johnson was named to VolleyballMagazine.com's Under 40 Coaching Hotshots list.

Liberty Volleyball Head Coach Trevor Johnson has been named to the VolleyballMag.com Under 40 Coaching Hotshots list.

Johnson, in his second year at Liberty, is one of 22 NCAA Division I women's volleyball head coaches and one of two ASUN head coaches (North Florida's Kristen Wright) to make the list.

Liberty earned its first two postseason victories this past season, defeating La Salle and High Point to advance to the NIVC quarterfinals. The Lady Flames also posted victories over 2018 NCAA Tournament teams Northern Arizona and FGCU. Liberty was the only NCAA Division I team in 2019 to have three 100-block players, a 1,000-assist player, a 450-kill player and a 550-dig player.