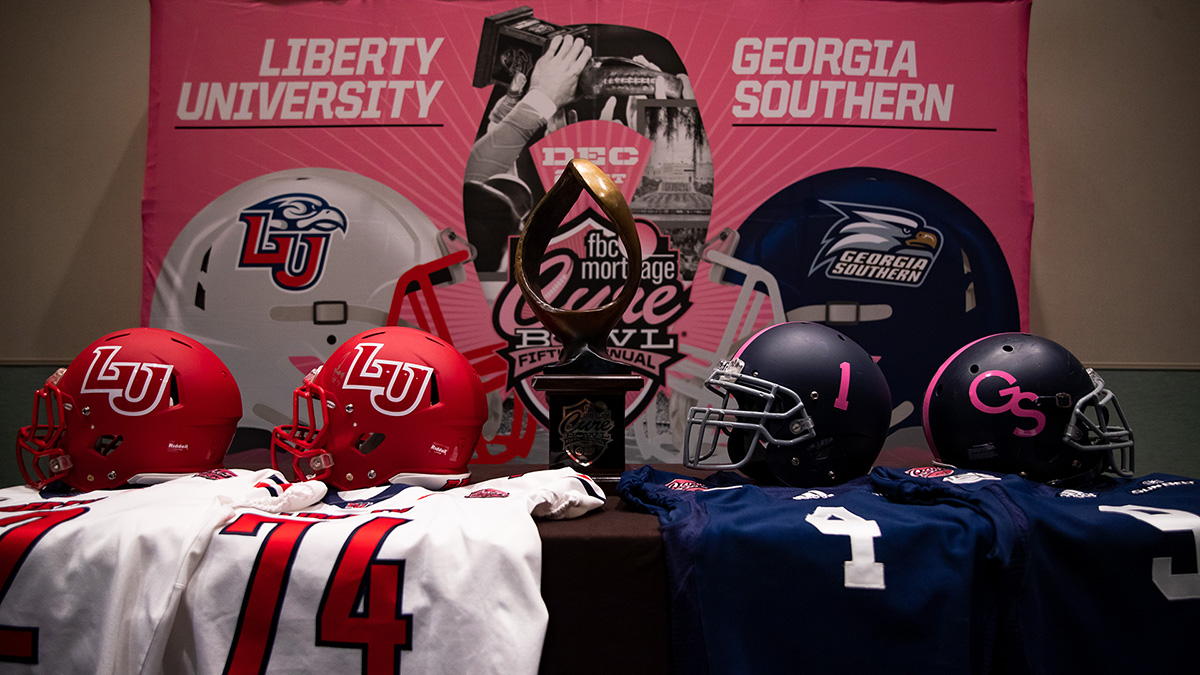 Their Flames will look to wrap up their first full season at the FBS level when they square off against Georgia Southern in the 2019 FBC Mortgage Cure Bowl on Saturday.

Saturday's Top Storylines
1. Liberty (7-5) will square off against Georgia Southern (7-5, 5-3 Sun Belt) in the FBC Mortgage Cure Bowl at Exploria Stadium in Orlando, Fla., the Flames' first-ever bowl game appearance.
2. Liberty will attempt to record its first-ever win over the Eagles during the teams' first meeting in 23 years. The Flames will also aim to join Georgia Southern and Appalachian State as the only teams ever to move from FCS to FBS football and win a bowl game in their first season of bowl eligibility.
3. The Flames are 3-1 all-time versus Sun Belt Conference opponents but lost at Louisiana 35-14 earlier this season.
4. Senior QB Stephen Calvert, one of the Flames' 17 Florida natives, will get to play in his home state for the first time in his collegiate career. Calvert, who will start his 43rd consecutive game at QB, has thrown for a school-record 3,393 yards this season.
5. Senior WR Antonio Gandy-Golden, a Biletnikoff Award semifinalist, ranks No. 3 in the nation with 1,333 receiving yards this season and is 47 yards away from setting a new Liberty single-season receiving record.
6. Senior RB Frankie Hickson is coming off a 196-yard, 4-TD performance during a Senior Day win over New Mexico State. He needs 79 yards to become the first Flames RB with back-to-back 1,000-yard seasons since Rashad Jennings (2006-08).

A Liberty Win Would ...
• Mark the Flames' first-ever bowl victory, making Liberty the third team ever to move up from FCS to FBS football and win a bowl game during its first season of bowl eligibility, joining 2015 Appalachian State and 2015 Georgia Southern.
• Be the Flames' eighth victory of the season, marking their most triumphs in a single year since 2014 (9-5). It would be Liberty's 11th season of 8+ wins in program history.
• Give the Flames their first-ever victory over Georgia Southern, improving their all-time record against the Eagles to 1-3.
• Boost the Flames' all-time record versus Sun Belt Conference opponents to 4-1.
• Improve the Flames' all-time mark when playing in Florida to 2-9.
• Mark Hugh Freeze's 50th win as a collegiate head coach.