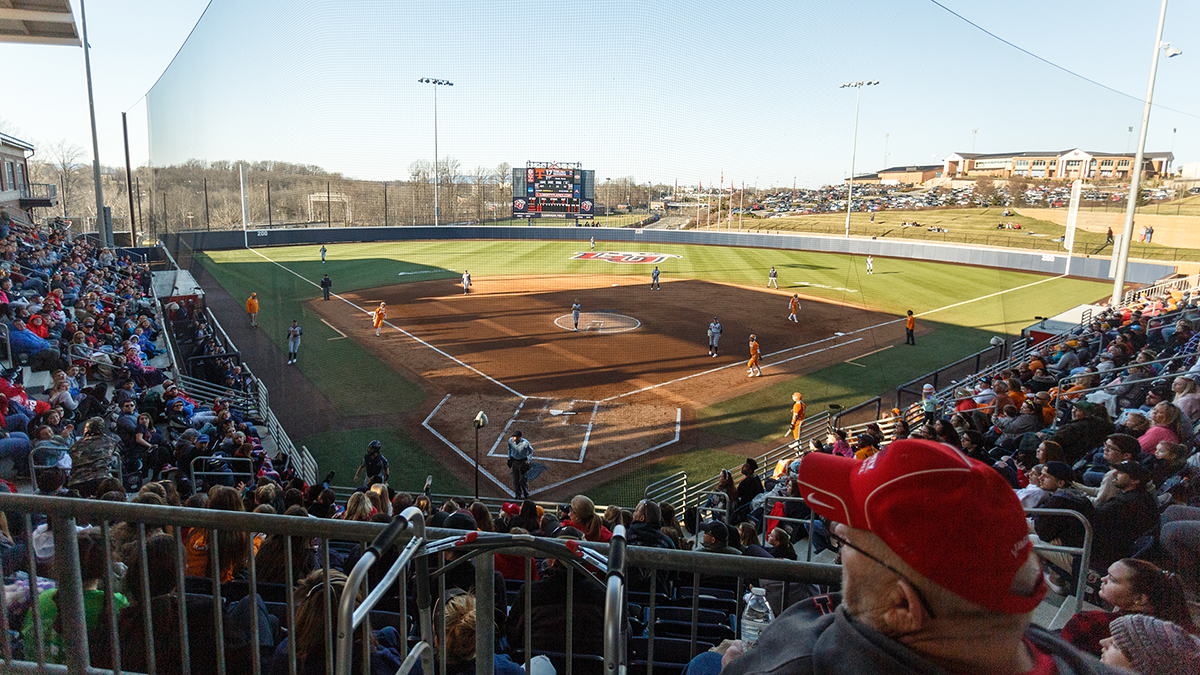 The Liberty softball coaching staff has announced the addition of Naomi Jones to the team for the 2020-21 season.

Seventh-year Liberty Softball Head Coach Dot Richardson has announced the addition of Naomi Jones to the Lady Flames' softball program for the 2020-21 academic year. She has signed a commitment to attend Liberty and play softball at Liberty beginning in the Fall of 2020.

These seven student-athletes join a team that has gone to the postseason each of the last three years, posting three straight 40-win seasons while going 135-50 during that span.

This upcoming class includes two players from both Tennessee and Virginia and one each from Alabama, Florida, Oklahoma.

Naomi Jones (RHP, Boonsboro, Va./Liberty Christian Academy)
Naomi Jones, a pitcher who also swings a good bat, will make the short trip from Liberty Christian Academy to Liberty University in the fall. Jones played her first three years of high school at E.C. Glass, earning two all-district awards (pitcher and catcher in 2018, pitcher and utility in 2019). She was named a second team All-Region player as a junior, hitting .533 at the plate and striking out 186 batters in 87 1/3 innings pitcher. After batting .471 as a freshman, she hit .531 as a sophomore, also posting 77 strikeouts in 50 2/3 innings pitched. She also played basketball at E.C. Glass, earning honorable mention all-region in 2018.

"Naomi is local to Lynchburg," Richardson said. "She is an amazing talent who can pitch as well as play other positions on the field. She is the ultimate utility player, who will also bring speed to the lineup. Naomi is a competitor and works hard. We look forward to seeing the impact she will make to the team."

Additional Members of 2020 Class
Raye Green (INF, Jetersville, Va./Amelia County HS)
Raye Green comes to Liberty with strong credentials from a career that spans two different schools. As a junior at Amelia County High School, she batted .514 with three homers and 25 RBI, while also posting a 17-2 record, 0.493 ERA and 144 strikeouts. She was named first team all-district and first team all-region in 2019, in addition to being named Region Player of the Year. Last year, she helped her team win district and regional titles. During her freshman campaign at Nottoway High School, she batted .363 before missing her sophomore year due to injury. Green also played volleyball as a freshman, junior and senior.