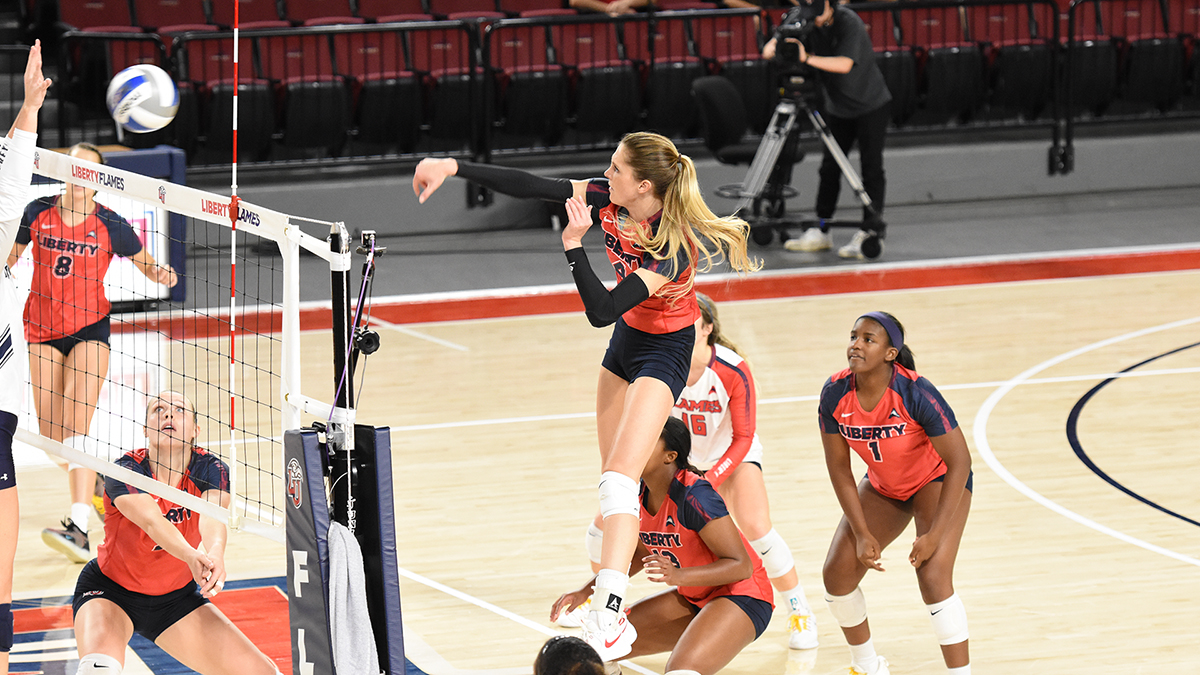 Amelia Johnson was named to the Academic All-America third team.

Liberty redshirt junior outside hitter Amelia Johnson has been named to the 2019 CoSIDA Academic All-America Volleyball Team®, as announced today by the College Sports Information Directors of America (CoSIDA). Johnson was voted to the third team.

A total of 21 student-athletes were honored on the 2019 CoSIDA Academic All-America Volleyball Team. Johnson was one out of 11 players honored today who hold a 4.0 GPA.

Johnson held a 4.0 as an interdisciplinary studies major, as she completed her undergraduate studies this spring. She is currently pursuing a Master's degree in public health at Liberty. She transferred to Liberty from North Dakota prior to the 2018-19 academic year.

This season has been a breakout year for Johnson, who was voted the ASUN Scholar-Athlete of the Year in addition to being named to the 2019 ASUN All-Conference first team.

Johnson leads the ASUN and is tied for 47th nationally with 454 kills. She has posted 26 double-digit kill matches, the most by a Lady Flame in a single season since Karyl Bacon's 32 10-kill matches in 2010. Additionally, she has scored 29 kills twice this season, which ties the program's single-match record under the current 25-point rally-scoring system.

Johnson was named ASUN Player of the Week on Sept. 30. The redshirt junior has posted 11 double-doubles this season, tying for the team high. Her 454 kills this season are already tied for the fourth most in a single season in the program's 25-point rally-scoring era (since 2008).

She is the only ASUN player to be named to the CoSIDA Academic All-America Volleyball Team® today.

Johnson and the Lady Flames (21-11) posted their first two postseason victories over the weekend, and will play at Georgia Tech (23-8) in the quarterfinals of the 2019 NIVC tomorrow at 7 p.m.