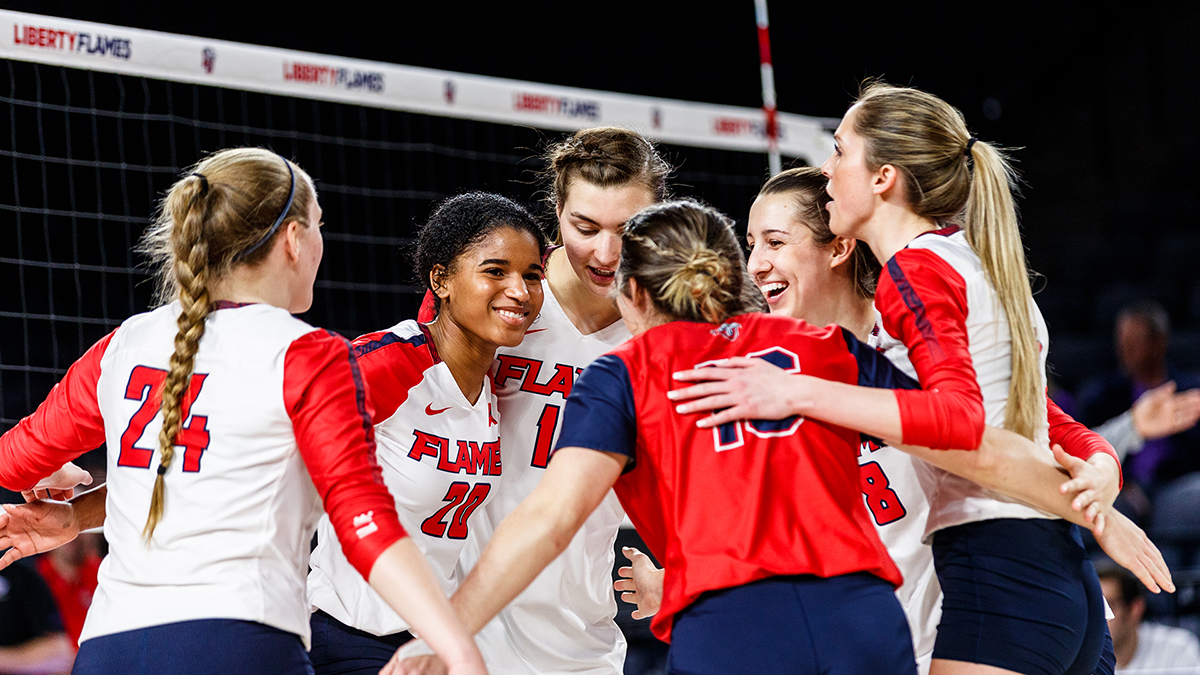 Liberty will play at Georgia Tech on Tuesday at 7 p.m. in the NIVC Quarterfinal.

Liberty (21-11) continues its postseason run, competing at Georgia Tech (23-8) on Tuesday at 7 p.m. at O'Keefe Gymnasium. The Lady Flames downed La Salle (3-2) on Saturday before defeating High Point (3-1) on Sunday, with both matches in the Vines Center. Georgia Tech hosted first and second round matches for the second year in a row, defeating Alabama A&M and Troy.

Liberty will look to keep up its success against ACC opponents, as the Lady Flames have won their last three meetings against ACC foes and have defeated both Virginia and Virginia Tech in 2019. Georgia Tech is 15-1 at home this season and finished second in the ACC at 14-4. The Yellow Jackets boast the ACC's Coach of the Year (Michelle Collier), Setter of the Year (Matti McKissock) and Freshman of the Year (Julia Bergmann). Liberty and Georgia Tech have five common opponents. Liberty is 4-4 combined against Kennesaw State, Lipscomb, Louisiana, Virginia and Virginia Tech, while the Yellow Jackets have posted a 4-1 record against those five teams this year.

STARTING ROTATION
1. Liberty is 5-1 in five-set matches after winning a marathon five-setter against La Salle. Aspen Thompson's kill sealed the 21-19 fifth-set win over the Explorers, clinching Liberty's first postseason victory. The Lady Flames rebounded from a first-set loss to down former Big South foe High Point on Sunday to advance to the Round of 8. Liberty outhit opponents .212-.168 on the weekend.

2. Senior Anna Gragg and redshirt junior Amelia Johnson were both named to the All-ASUN first team, while senior Casey Goodwin was named second team all-conference. Johnson, the 2019 ASUN Scholar-Athlete of the Year, was joined on the All-Academic Team by senior Hannah Morris.

3. Johnson leads all ASUN players with 454 kills, good for 47th natoinally. She was named to the 2019 CoSIDA Academic All-District Team. Johnson's 29 kills against Stetson and North Alabama are tied for the most by a Lady Flame in any match under the 25-point system.

5. Goodwin, the ninth player in program history to be named all-conference three years in a row, was a first team All-ASUN pick last year. She averaged 5.00 kills at a .343 pace during Liberty's last five matches heading into the NIVC, and ranks 14th in program history with 1,154 career kills.